Predestiny versus Free Will is like asking, who dunnit?  Do people go to Hell only based on God’s will, from before we were born?  Or are we involved in some manner when it comes to our final destination in the next life? 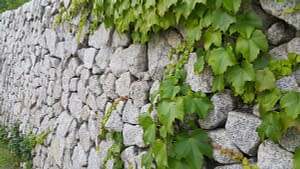 Below is a relatively “short”, although very complicated, explanation.  But before you go there, regardless of how much you may or may not understand below, this series looks at the issue in language that’s much simpler to understand.  Not a lot of churchy or scholarly words.  Just plain English.

Predestination is closely related to the doctrine of election, and salvation is the chief (but not sole) focus of this word in New Testament usage. But the two terms are not exact equivalents. Election is God’s choosing whom he would save (2 Thess 2:13); predestination is God’s decree to secure that end. Moreover, predestination is a broader term that may be used of salvation (Rom 8:28–30; 1 Cor 2:7; Eph 1:5) or of God’s foreordained purposing of all things (Acts 4:28; cf. Ps 139:16; Eph 1:11; 2 Tim 1:9). The doctrine of reprobation, which concerns God’s decree to condemn those whom he has not chosen to save, is also closely related.

The doctrine of predestination is also tightly related to the doctrine of divine providence. Predestination is God’s intention and decree; providence is the outworking of that intention and decree. God’s decree is one (Job 23:13) and all inclusive (Rom 8:28; Eph 1:11), entailing even the sinful acts of men (Acts 4:28), which he providentially directs to his own praise (Ps 76:10).

Whether predestination is grounded in God alone or considerations outside of himself is the question that divides orthodox interpreters, all of whom affirm “predestination” (it is a Bible word, after all). Arminians stress human freedom, while Calvinists stress divine freedom. The one side affirms a kind of libertarian human freedom, while the other argues that such an affirmation would render God contingent and subject to his own creation rather than Lord over it. Both sides would affirm some level of mystery, but the contrasting human or divine concerns are given interpretive control.

Human versus divine freedom.  But why not a combination of the two?  If God has prior knowledge of everything that we’re going to do – that’s seems perfectly reasonable.

Reformed interpreters point out that the biblical writers never mitigate the doctrine of predestination. Rather, they consistently affirm both divine predestination and human responsibility and ground human responsibility in the willful choice of sinners. Sinners are never forced by God to sin but sin willingly and because of their own evil disposition (Jas 1:13–14). God’s all-inclusive decree entails the sinful actions of men, but the blame for sin remains on sinners, who choose sin (Acts 2:23; 4:28). God stands behind all things but not in the same way: he is the immediate cause of good, but sinners are the immediate cause of sin. The Westminster Confession of Faith famously summarizes the matter this way: “God from all eternity, did, by the most wise and holy counsel of His own will, freely, and unchangeably ordain whatsoever comes to pass; yet so, as thereby neither is God the author of sin, nor is violence offered to the will of the creatures; nor is the liberty or contingency of second causes taken away, but rather established,” (III.1.  Zaspel, F. G. (2018). Predestination. In M. Ward, J. Parks, B. Ellis, & T. Hains (Eds.), Lexham Survey of Theology. Bellingham, WA: Lexham Press.

Image by kgj9605 from Pixabay 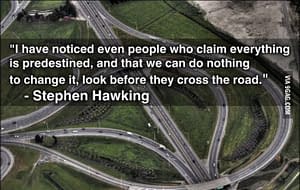 While proponents of predestiny would say the difference between offered to all and accepted by some is because God predetermined ...
Read More 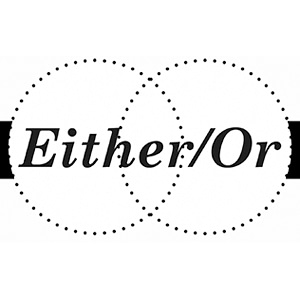 The problem of Either/Or: Free Will vs Predestiny

Many people take one side of an issue. It's an either - or thing. .But what of there's another possibility? ...
Read More 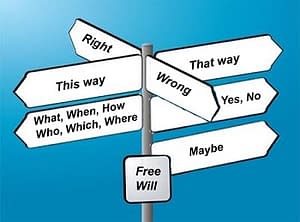 The Problem of Free Will

Free will means there's responsibility attached to our choices. If there's a price to pay for a given choice, the ...
Read More