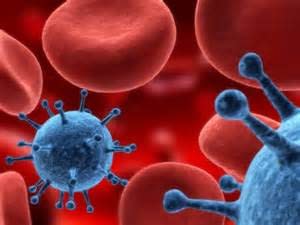 If someone were to tell you that roughly 100 million years ago, our ancestors were infected by parasitic DNA, which copied and pasted itself throughout their genomes—and that this was linked to the evolution of modern human pregnancy –

what would you think?

how would you react?

This is originally from October 2, 2011.  Updates are in rust colored italics.

I had a hard time with this title. It was going to be something like:
Scientists may know why our babies advance so much in the womb.

or maybe:
Did Human Pregnancy Evolve Because of an Infection?

Eventually, I went with Who cares about religion?

That was three years ago.  Now, obviously, I changed it and went for Do you care if human pregnancy evolved because of a virus?  I think it’s more representative of the topic.  It also gets to the heart of the matter of choice.  Do you want to just accept what it says – that human pregnancy evolved (as opposed to us being created this way) and that this evolution was caused by a virus?

The first two choices were the subtitle and title for an article in Slate yesterday.

It starts off with –

If someone were to tell you that roughly 100 million years ago, our ancestors were infected by parasitic DNA, which copied and pasted itself throughout their genomes—and that this was linked to the evolution of modern human pregnancy—you might assume they were channeling early L. Ron Hubbard.

Forget the 100 million years ago. I’m even willing to ignore that “little” piece of information – that’s such a tiny little piece of the article that it doesn’t even matter for this one.

No – the reason I decided on Who cares about religion for the title had more to do with the next paragraph and with a comment posted on the article. More on the comment later – but here’s the second paragraph –

But this week, in the prestigious journal Nature Genetics, researchers provide evidence for such a theory. Seeking to explain how our ancestors developed a more advanced kind of gestation—including the ability to carry fetuses in the womb until they reached a more developed state—scientists studied the uterine cells of three contemporary mammals. Specifically, they compared opossums (whose young develop largely in pouches) to armadillos and humans (whose offspring spend more time in the womb). They concluded that rogue DNA, which probably arrived by way of a virus or bug, was associated with wild new horizons in baby-making.

Excuse me – possums – armadillos – and humans?

I don’t know which is worse – that comparison – or the contention that the birth cycle of humans was determined by a parasite.

Is it really so awful to be a human being?
Is it really necessary to keep telling us that we’re nothing but genetic mistakes?
And now we add parasites to the mix?

Apparently it is – because the Slate article closes with

But the invasion of rogue DNA may be one crazy—and important—twist in the tale of modern human pregnancy for which we ought to be oddly grateful.

So – our birth process was impacted by a parasite – and we should be grateful for it?

WOW! Theory is as close to scientific fact as it gets. I do not no how to teach some of you that theory is what makes science great. Theories give science it’s ability to change and adapt. The reason some of us do not like religion is because we know nobody walked on water that was not frozen, we also know that nobody turned water into wine without fermentation. If religion relaxed a little bit and said that things like this in the bible might have been exaggerated I think you would have a lot more followers. I am sorry but the theory of evolution is much closer to being proven than any theories of the three major religions.

It’s hard to know where to start here.

So according to Tom – theory is as close as one can get to scientific fact.

Let’s look at this.
According to dictionary.com, here’s the definitions of theory and fact:

Theory – a proposed explanation whose status is still conjectural and subject to experimentation, in contrast to well-established propositions that are regarded as reporting matters of actual fact.

Fact – something known to exist or to have happened.

Let’s go look at something C. S. Lewis wrote, in The Screwtape Letters – which was written from the point of view of Screwtape, who was writing advice to his nephew Wormwood – who was in the process of trying to get his first “human patient” to convert . Oh – by the way – Screwtape and Wormwood were devils (literally) working for Satan.

You begin to see the point? Thanks to processes which we set at work in them centuries ago, they find it all but impossible to believe in the unfamiliar while the familiar is before their eyes. Keep pressing home on him the ordinariness of things. Above all, do not attempt to use science (I mean, the real sciences) as a defence against Christianity. They will positively encourage him to think about realities he can’t touch and see. There have been sad cases among the modern physicists. If he must dabble in science, keep him on economics and sociology; don’t let him get away from that invaluable ‘real life’. But the best of all is to let him read no science but to give him a grand general idea that he knows it all and that everything he happens to have picked up in casual talk and reading is ‘the results of modern investigation’. Do remember you are there to fuddle him. From the way some of you young fiends talk, anyone would suppose it was our job to teach!

Above all, do not attempt to use science (I mean, the real sciences) as a defence against Christianity.

There are so many people today – like Tom – who believe that science and The Bible are so much at odds with each other.
They can’t accept the Bible – because it isn’t true – it’s not known – it’s not verifiable.
But they are totally willing to accept scientific conjecture – as fact – even it it’s not known for sure to be true and isn’t verifiable.

The reality is – science and the Bible aren’t that far apart.
The truth is – they are very close.

Let’s take this possum / armadillo / human thing as an example.

The evolution theory would say that each was somehow descended from the one before it – maybe by a genetic mistake – maybe by a parasite – maybe by some environmental requirement – there’s all sorts of reasons.

But – propose that some higher being – God – had a hand in it – that He was responsible for each of these transitions – and so many people will get upset.

It’s like – NO! That’s not true!!!  We can believe in highly improbable chance, random mutilations and mistakes.  But please – don’t ask us to believe that this was intentional.

I ask you – why not?  What’s so wrong with it (us) being intentional?

You know where that chance / randomness / mistake theory leads though?

It leads to the conclusion that we humans are genetic mistakes – affected by parasites and the environment. We’re essentially no more important than an amoeba.
BTW – here’s the definition of an amoeba –

any protozoan of the phylum Rhizopoda , esp any of the genus Amoeba, able to change shape because of the movements of cell processes (pseudopodia). They live in fresh water or soil or as parasites in man and animals.

Do you really want to be that?

Hopefully – you don’t either.

If you go back and read Genesis 1 (it’s only 31 verses, not too long) you’ll see that after each act of creation closes with God saying it was good.  Until we humans were created.  Then it was very good.  If you read Genesis 2, it says —

Gen 2:7 the LORD God formed the man from the dust of the ground and breathed into his nostrils the breath of life, and the man became a living being.

This is special.  God formed Adam and breathed into his nostrils the breath of life.  I want to be special.  I don’t want to be an accident.  I prefer the method given to me by God.  I do not prefer to be an accident or the result of a virus that just happened to change the way I was born.

So here’s some questions for us:

Do you want to be special?

Do you want to be loved?

Do you want someone to care about you?

Do you want to be more important that an amoeba – or a possum – or an armadillo?

Do you want to make something out of your life?

I submit to you that the desire to be loved – to be special – to be cared about –
those are all gifts from God.
And if you don’t have any of those things – He can provide them.
If you have them from friends and family – He can provide even more – more than you can imagine.

And that’s why the title is what it is.

If you’ve experienced God’s love – you know that you’re more than a genetic mistake or the effect of a parasite on some long distant evolutionary relative.

Of course – I’m going to tell you to read the Bible. That’s what this is all about.

People like Tom say that religion has to relax a little – admit that what is says is wrong –
reduce everything to his level of understanding of what science says to be true.
The problem is – then it’s not true any more.
It’s telling God that He lied.
Sorry – I’m not going there.

People like Tom say that we should do this so that we can have more people on our side.
The problem here – that’s not what we’re about.
The goal isn’t to get anyone to “our” side. At least it shouldn’t be. If it is – then I submit that maybe the person trying to get you to his / her side isn’t truly following Jesus.
No – the goal is to get you to Jesus’ side – both figuratively and literally.
It’s not to have more people at church on Sunday – not to get a larger collection – none of that.
The goal – that’s for you to be saved –
to be on Jesus’ “side” in this life –
so you can be by His side after this life.

It’s about love.
For me – it’s about caring about someone I’ve never known – never seen – someone reading this and maybe inviting Jesus to be by their side.
That’s the way it should be for any Christian.

The message is that God thinks your special.

The message is that God loves you and cares about you.

The message is that Jesus wants to save you – and that’s where Christianity comes in,

And that’s why we should all care about religion.

Because we are special.

Because we are loved.

Because we can be saved.

For the grace of God hath appeared bringing salvation to all men.

I have come that they may have life, and have it to the full.

Here I am! I stand at the door and knock. If anyone hears my voice and opens the door, I will come in and eat with him, and he with me.

Someone’s at your door.