““So what happens now?” Grant asked. “This is your story, Grant,” the other man replied. “How do you want it to end?”” 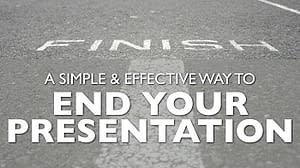 So, substitute your name for Grant’s name –
and ask yourself that question –

Mt 4:12 When Jesus heard that John had been put in prison, he returned to Galilee. 13 Leaving Nazareth, he went and lived in Capernaum, which was by the lake in the area of Zebulun and Naphtali— 14 to fulfill what was said through the prophet Isaiah:
Mt 4:15 “Land of Zebulun and land of Naphtali,
the way to the sea, along the Jordan,
Galilee of the Gentiles—
Mt 4:16 the people living in darkness
have seen a great light;
on those living in the land of the shadow of death
a light has dawned.”
Mt 4:17 From that time on Jesus began to preach, “Repent, for the kingdom of heaven is near.”

the people are headed for one final destination – Hell – because of their wickedness.

great – (see #4a) – μέγας [megas /meg·as/] adj. [including the prolonged forms, feminine megale, plural megaloi, etc., cf also 3176, 3187]; TDNT 4:529; TDNTA 573; GK 3489; 195 occurrences; AV translates as “great” 150 times, “loud” 33 times, and translated miscellaneously 12 times. 1 great. 1A of the external form or sensible appearance of things (or of persons). 1A1 in particular, of space and its dimensions, as respects. 1A1A mass and weight: great. 1A1B compass and extent: large, spacious. 1A1C measure and height: long. 1A1D stature and age: great, old. 1B of number and quantity: numerous, large, abundant. 1C of age: the elder. 1D used of intensity and its degrees: with great effort, of the affections and emotions of the mind, of natural events powerfully affecting the senses: violent, mighty, strong. 2 predicated of rank, as belonging to. 2A persons, eminent for ability, virtue, authority, power. 2B things esteemed highly for their importance: of great moment, of great weight, importance. 2C a thing to be highly esteemed for its excellence: excellent. 3 splendid, prepared on a grand scale, stately. 4 great things. 4A of God’s preeminent blessings. 4B of things which overstep the province of a created being, proud (presumptuous) things, full of arrogance, derogatory to the majesty of God.[2]Strong, J. (1995). Enhanced Strong’s Lexicon. Woodside Bible Fellowship.

Not just “great” – but a God kind of great.  We see in #4a that it’s representative of God’s  amazing blessings.  Where the people were previously headed for Hell – they now have an opportunity for a much different destination – Heaven.

Light – the exact opposite of the darkness we saw earlier, this is God Himself – as we see in #2a.

This Greek word is used to emphasize the link between “great” and :light” – telling us they are even more tied together than just the grammar of having the two words next to each other.  Instead of “great” just being an adjective – it’s actually “great light” as one concept.

death to Life — or death to Death?

The Healing at the Pool

Jn 5:1 Some time later, Jesus went up to Jerusalem for a feast of the Jews. 2 Now there is in Jerusalem near the Sheep Gate a pool, which in Aramaic is called Bethesda and which is surrounded by five covered colonnades. 3 Here a great number of disabled people used to lie—the blind, the lame, the paralyzed. 5 One who was there had been an invalid for thirty-eight years. 6 When Jesus saw him lying there and learned that he had been in this condition for a long time, he asked him, “Do you want to get well?”
Jn 5:7 “Sir,” the invalid replied, “I have no one to help me into the pool when the water is stirred. While I am trying to get in, someone else goes down ahead of me.”
Jn 5:8 Then Jesus said to him, “Get up! Pick up your mat and walk.” 9 At once the man was cured; he picked up his mat and walked.
The day on which this took place was a Sabbath, 10 and so the Jews said to the man who had been healed, “It is the Sabbath; the law forbids you to carry your mat.”
Jn 5:11 But he replied, “The man who made me well said to me, ‘Pick up your mat and walk.’ ”
Jn 5:12 So they asked him, “Who is this fellow who told you to pick it up and walk?”
Jn 5:13 The man who was healed had no idea who it was, for Jesus had slipped away into the crowd that was there.
Jn 5:14 Later Jesus found him at the temple and said to him, “See, you are well again. Stop sinning or something worse may happen to you.” 15 The man went away and told the Jews that it was Jesus who had made him well.

Life Through the Son

Jn 5:16 So, because Jesus was doing these things on the Sabbath, the Jews persecuted him. 17 Jesus said to them, “My Father is always at his work to this very day, and I, too, am working.” 18 For this reason the Jews tried all the harder to kill him; not only was he breaking the Sabbath, but he was even calling God his own Father, making himself equal with God.
Jn 5:19 Jesus gave them this answer: “I tell you the truth, the Son can do nothing by himself; he can do only what he sees his Father doing, because whatever the Father does the Son also does. 20 For the Father loves the Son and shows him all he does. Yes, to your amazement he will show him even greater things than these. 21 For just as the Father raises the dead and gives them life, even so the Son gives life to whom he is pleased to give it. 22 Moreover, the Father judges no one, but has entrusted all judgment to the Son, 23 that all may honor the Son just as they honor the Father. He who does not honor the Son does not honor the Father, who sent him.
Jn 5:24 “I tell you the truth, whoever hears my word and believes him who sent me has eternal life and will not be condemned; he has crossed over from death to life. 25 I tell you the truth, a time is coming and has now come when the dead will hear the voice of the Son of God and those who hear will live. 26 For as the Father has life in himself, so he has granted the Son to have life in himself. 27 And he has given him authority to judge because he is the Son of Man.
Jn 5:28 “Do not be amazed at this, for a time is coming when all who are in their graves will hear his voice 29 and come out—those who have done good will rise to live, and those who have done evil will rise to be condemned. 30 By myself I can do nothing; I judge only as I hear, and my judgment is just, for I seek not to please myself but him who sent me.?

This is a sequence about Jesus healing someone.  And the Jewish leaders thought it was wrong – because it was the Sabbath.  Jesus would teach them otherwise.
The key verse to point out here –

Jn 5:24 “I tell you the truth, whoever hears my word and believes him who sent me has eternal life and will not be condemned; he has crossed over from death to life.”

So where there was darkness – it was death to Death.
Physical death to Hell.
Because the people were wicked and what they could have known of God was shrouded by / hidden in  – darkness.

Now – with the Light – we see death to Life.  Physical death to Heaven.
We are stilled wicked people.  But – because of Jesus, we do have a choice for forgiveness –
by hearing the Words of Jesus and believing them.  Believing Jesus.

So where does the choice come in?

Where does it says it’s our choice – and not God’s choice?

There are many places.  Here is but one –

This is when Jesus was teaching Nicodemus – one of the Jewish Pharisees – a member of the ruling council.  Nicodemus had gone to Jesus, under cover of darkness so no one would see him – to ask question of Jesus.

Jn 3:1 Now there was a man of the Pharisees named Nicodemus, a member of the Jewish ruling council. 2 He came to Jesus at night and said, “Rabbi, we know you are a teacher who has come from God. For no one could perform the miraculous signs you are doing if God were not with him.”
Jn 3:3 In reply Jesus declared, “I tell you the truth, no one can see the kingdom of God unless he is born again.’”
Jn 3:4 “How can a man be born when he is old?” Nicodemus asked. “Surely he cannot enter a second time into his mother’s womb to be born!”
Jn 3:5 Jesus answered, “I tell you the truth, no one can enter the kingdom of God unless he is born of water and the Spirit. 6 Flesh gives birth to flesh, but the Spirit gives birth to spirit. 7 You should not be surprised at my saying, ‘You must be born again.’ 8 The wind blows wherever it pleases. You hear its sound, but you cannot tell where it comes from or where it is going. So it is with everyone born of the Spirit.”
Jn 3:9 “How can this be?” Nicodemus asked.
Jn 3:10 “You are Israel’s teacher,” said Jesus, “and do you not understand these things? 11 I tell you the truth, we speak of what we know, and we testify to what we have seen, but still you people do not accept our testimony. 12 I have spoken to you of earthly things and you do not believe; how then will you believe if I speak of heavenly things? 13 No one has ever gone into heaven except the one who came from heaven—the Son of Man. 14 Just as Moses lifted up the snake in the desert, so the Son of Man must be lifted up, 15 that everyone who believes in him may have eternal life.
Jn 3:16 “For God so loved the world that he gave his one and only Son, that whoever believes in him shall not perish but have eternal life. 17 For God did not send his Son into the world to condemn the world, but to save the world through him. 18 Whoever believes in him is not condemned, but whoever does not believe stands condemned already because he has not believed in the name of God’s one and only Son. 19 This is the verdict: Light has come into the world, but men loved darkness instead of light because their deeds were evil. 20 Everyone who does evil hates the light, and will not come into the light for fear that his deeds will be exposed. 21 But whoever lives by the truth comes into the light, so that it may be seen plainly that what he has done has been done through God.”

Again – there’s a lot in there, but the key verse for this topic is –

18 Whoever believes in him is not condemned, but whoever does not believe stands condemned already because he has not believed in the name of God’s one and only Son.

We can write our own “ending”.

And thereby write our own “Beginning” –
and our own eternity.

What ending would you like to write for yourself?