Can you accidentally build on rock?  If you’re not Christian, you probably won’t get the point of the question.  But please, read on.  Learn what it’s about and why I ask.  If you are Christian, you should get it.  But, have you ever really thought about it?  Or do you just assume you’re building on rock? 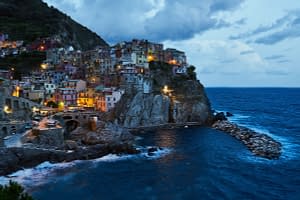 The Wise and Foolish Builders – Matthew

Most Christians are familiar with that passage.  Hopefully all Christians.  But that’s another topic – how many even know of it.  This is about how many live it.

Christians – can you accidentally build on rock?

Before getting into why the question is important, let’s see why I even ask it.

It might sound weird.  Of course Christians follow Jesus.  But honestly, is that really true?  Even in the early Church, followers of Jesus not actually following Jesus was a problem.

Divisions in the Church

1Co 1:13 Is Christ divided? Was Paul crucified for you? Were you baptized into the name of Paul? 14 I am thankful that I did not baptize any of you except Crispus and Gaius, 15 so no one can say that you were baptized into my name. 16 (Yes, I also baptized the household of Stephanas; beyond that, I don’t remember if I baptized anyone else.) 17 For Christ did not send me to baptize, but to preach the gospel—not with words of human wisdom, lest the cross of Christ be emptied of its power.

There’s a refreshing honesty in that passage.  All the more so, since it ultimately shows a problem.

There’s a recognition, and admission, that some of the people follow Paul, or Apollos, or Cephas (Peter).  In other words, they realize, to some extent, that they’re actually following what Paul, Apollos, or Peter says – not necessarily what Jesus said.  As for the ones who say they follow Christ – maybe they did, maybe they actually followed one of the men, but didn’t admit it.  We don’t know.

In any case, we have to realize that the same thing can, and does, happen today.  With mass media, false but great sounding messages and charismatic personalities, it’s probably even more likely today than it was before.  Not to mention short attention spans and not enough time to follow up on what we read / hear / see.

Does it matter who we “follow”, as long as they’re “Christian”?

On Divisions in the Church

1Co 3:1 Brothers, I could not address you as spiritual but as worldly—mere infants in Christ. 2 I gave you milk, not solid food, for you were not yet ready for it. Indeed, you are still not ready. 3 You are still worldly. For since there is jealousy and quarreling among you, are you not worldly? Are you not acting like mere men? 4 For when one says, “I follow Paul,” and another, “I follow Apollos,” are you not mere men?

This is interesting.  By saying the people of this church are mere infants in Christ, Paul is also saying they are saved.  However, he then immediately turns around and says they are still worldly.  Acting as if they were “mere men“.  In other words, they were people who had the Holy Spirit, but acted as if they didn’t.

1Co 3:5 What, after all, is Apollos? And what is Paul? Only servants, through whom you came to believe—as the Lord has assigned to each his task. 6 I planted the seed, Apollos watered it, but God made it grow. 7 So neither he who plants nor he who waters is anything, but only God, who makes things grow. 8 The man who plants and the man who waters have one purpose, and each will be rewarded according to his own labor. 9 For we are God’s fellow workers; you are God’s field, God’s building.

Since Paul mentions only himself and Apollos, he can be confident that the people in Corinth did receive truthful and accurate teaching.  The fact that God made it grow validates that confidence.  And yet, the people still act as if they were ordinary people – not like followers of Christ.

1Co 3:10 By the grace God has given me, I laid a foundation as an expert builder, and someone else is building on it. But each one should be careful how he builds. 11 For no one can lay any foundation other than the one already laid, which is Jesus Christ.

The foundation must be built on Jesus.  And, as Jesus said, it must be built on rock – on Jesus Himself.  And we must build on that.  Anything else is what Jesus referred to as building on sand.

Building on rock – what about today?

Back then, it was Paul and Apollos.  But today, there are so many choices.  People choose to listen to, read, or watch various personalities – and then choose to follow them.  John MacArthur.  Andy Stanley.  Joel Osteen.  Creflo Dollar.  Pat Robertson.  And the list goes on.  Or, they choose a worship leader / group.  Chris Tomlin.  Hillsong.  Delirious?.  One of the multiple groups called Glad.  And that list also goes on.

What happens if we follow one of them?  Paul thought someone who “followed” himself or Apollos would be saved, but was still an infant in Christ, because they were behaving like everyone else. Not like people who were more mature in their faith and knew they were, in fact, following Jesus.  Back then, it may have seemed minor.  After all, both men taught correct things.

But now?  The messages given by the various preachers and worship leaders today are so varied, they can’t possibly all be correct.  Really.  For instance, the so-called prosperity Gospel is nowhere to be found in anything Jesus ever taught!  It’s just plain not there.  It’s not Christian, as defined by Christ.

And what about some of the worship songs we sing in churches?  Some have their words come from the Bible.  Some are personal to the particular worship leader and have a biblical basis – although they might be best sung with an understanding of why the song was written.  But others?  If there is one, a biblical source for them isn’t at all obvious.

What’s the big deal about building on rock?

It’s a multi-part issue.  Do we hear Jesus’ words?  Do we put them into practice?  We must do both, otherwise what we have built in this life, in preparation for the next, is lost.

Let’s continue with what Paul wrote in 1 Corinthians.

1 Co 3:12 If any man builds on this foundation using gold, silver, costly stones, wood, hay or straw, 13 his work will be shown for what it is, because the Day will bring it to light. It will be revealed with fire, and the fire will test the quality of each man’s work. 14 If what he has built survives, he will receive his reward. 15 If it is burned up, he will suffer loss; he himself will be saved, but only as one escaping through the flames.

But – and this is huge – there’s an assumption in what Paul wrote.  If any man builds on this foundation.

What if we built on sand?

If we built on sand, not rock, then even the things built with gold, silver and costly stones – if it’s even possible to do that – will be washed away or otherwise destroyed.  I submit to you, based on what Jesus said, it is just not possible to build with gold, silver, or costly stone if we build on sand.  We can’t build Jesus on a foundation that’s not Jesus at its base.

At best, to use the stone analogy, it’s building with fool’s gold.  It looks like gold, at least to us.  We really believe it’s gold.  But it’s simply iron pyrite.  Fool’s gold.

Jesus, built on a base of the prosperity gospel, isn’t Jesus.

A catchy worship song with a cool tune and some “jesus-sounding” words isn’t worshiping Jesus.

If we want to be true followers of Jesus, we must take it upon ourselves to realize who we’re really following.  Jesus?  Or some person claiming to teach about Jesus?  Make no mistake – I include everyone reading this when I say that.  Don’t follow what I wrote just because I wrote it.  Yes, I try to be biblical in what I write.  I try to stay true to the word, as I understand it.  But my goal is to teach you about Jesus.  How to really follow Jesus.

Unfortunately, there are some who, for whatever reason, don’t teach what I believe to be truth.  Some clearly don’t teach Christianity from the New Testament.  Most unfortunately, some appear to be in it just to make money for themselves.

Ultimately, each one of us must take responsibility for knowing what we believe, that it’s really biblical, and why we believe it.

can you accidentally build on rock?

All that brings up an interesting question.  Can we somehow accidentally build on rock?  Is it possible to accidentally follow Jesus?

Personally, I don’t think so.

Even going back to the Greek, there’s nothing that gets lost in the translation.  We must hear Jesus’ words.  If someone who doesn’t know Jesus happens to say the same kinds of things, they just aren’t from God.  If we follow them, we aren’t following God.  We’re following that person.  But also, if we don’t follow God, then ultimately we are on the wide path to destruction.  We’re building on sand.

Why does all this matter?

Remember, back at the very beginning, I wrote:

If you’re not Christian, you probably won’t get the point of the question.  But please, read on.  Learn what it’s about and why I ask.

I said before, every one of us, at some level, is a teacher.  If we claim to be Christian – people who know that will look at us as examples of what Christians are like.  True – we never follow Jesus perfectly.  But what if our model, our foundation, has nothing to do with Jesus?  Then, we end up giving people wrong examples of Christians.  They’re misled about Jesus, because we misled them about ourselves and the reality that we really aren’t true Christians.  Again – if the foundation of what we believe isn’t Jesus, then we cannot possibly be Christians.

If we truly love Jesus, and by definition all Christians must, then we must also want to really know what He taught and do our best to follow.  That means building on something we know is rock.  And it includes building with things we know are gold, silver and costly stones.  In other words, it means the core of our faith is Jesus, and as much as possible, everything we do is based on what Jesus taught.  Then, we can and will be good teachers to both non-Christians and those Christians whose faith is less mature than ours.  And, we’ll be a reminder to all Christians, even those whose faith is more mature than ours.

We should go forth, build on solid rock, with gold, silver, costly stones and most of all – love.

Image by Felix Wolf from Pixabay