Can you believe that someone is using Mary and Joseph to defend relationships with underage girls?  While the title from msn.com is misleading, the idea of using Jesus, or Mary and Joseph to defend someone accused of having a sexual relationship with an underage girl is nothing short of disgusting.  This isn’t even about whether or not the allegations are true.  In this life, that’s for a court to decide.  And ultimately it’s between the accused and God. 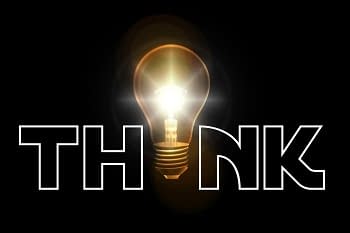 The msn.com article, ‘Mary Was a Teenager.’ Alabama Republican Uses Jesus to Defend Roy Moore, includes the excerpt below.  The title of this post was also the title of the msn.com item.

Four women have told the Washington Post that Moore pursued relationships with them when they were teenagers and he was an adult. The women were between the ages of 14 and 18, while Moore was in his 30s at the time, according to the Post.

Leigh Corfman, the woman who was 14 when she says Moore approached her, told the Post that Moore touched her over her bra and underwear and guided her hand to his underwear. The other three women did not have sexual contact that went beyond kissing.

Moore denied the allegations on Thursday, saying they are “completely false” and a “desperate political attack.”

“Take the Bible. Zachariah and Elizabeth for instance. Zachariah was extremely old to marry Elizabeth and they became the parents of John the Baptist,” Ziegler said choosing his words carefully before invoking Christ. “Also take Joseph and Mary. Mary was a teenager and Joseph was an adult carpenter. They became parents of Jesus.”

You may have noticed that the disgusting response isn’t even from the person who was accused of having the relationships!  The accused is saying the charges are “completely false” and a “desperate political attack.”

It’s someone else entirely invoking the relationship between Mary and Joseph that resulted in Jesus.  The obvious comparison is that an older man having a relationship with a young girl leads to something wonderful.

Just the fact that someone would say this is enough to make me wonder if the person is Christian.  With the msn.com article stating in the headline that Ziegler is Republican, that’s the conclusion most people would reach.  However, Ziegler clearly didn’t know what happened with Mary and Joseph either.  That makes me wonder even more if he’s Christian.  BTW, for those who don’t understand what I just said about Joseph and Mary, this is for you.

The Birth of Jesus Christ

Mt 1:18 This is how the birth of Jesus Christ came about: His mother Mary was pledged to be married to Joseph, but before they came together, she was found to be with child through the Holy Spirit. 19 Because Joseph her husband was a righteous man and did not want to expose her to public disgrace, he had in mind to divorce her quietly.

Mt 1:20 But after he had considered this, an angel of the Lord appeared to him in a dream and said, “Joseph son of David, do not be afraid to take Mary home as your wife, because what is conceived in her is from the Holy Spirit. 21 She will give birth to a son, and you are to give him the name Jesus, because he will save his people from their sins.”

Mt 1:22 All this took place to fulfill what the Lord had said through the prophet: 23 “The virgin will be with child and will give birth to a son, and they will call him Immanuel”—which means, “God with us.”

Mt 1:24 When Joseph woke up, he did what the angel of the Lord had commanded him and took Mary home as his wife. 25 But he had no union with her until she gave birth to a son. And he gave him the name Jesus.

All of that is the Bible’s polite way of saying Mary and Joseph had no intercourse until after Jesus was born.  The conception of Jesus was completed by the Holy Spirit – by God – not by any human.

Therefore, the analogy makes no sense.  If Ziegler is Christian, he’s not a knowledgeable one.

back to the question – is Ziegler Christian?

Here’s some background on him.

Zeigler served as the president of the Student Government Association at the University of Alabama in the 1970s, where he was impeached for misconduct. He won a position on the Alabama Public Service Commission in 1974, at the age of 24. He did not run for reelection in 1978. He ran for state office unsuccessfully six times, three as a Democrat, and three as a Republican, losing elections for the state Board of Education in 1978, Supreme Court of Alabama in 1982, State Treasurer of Alabama in 1986, the Alabama Court of Civil Appeals in 1996, Public Service Commission in 1998, and State Auditor of Alabama in 2002. These close losses earned him the nickname “Mr. 49 Percent”. In 2006, Ziegler announced the end of his political activism, as he resigned from the Conservative Christians of Alabama and the League of Christian Voters, two political action committees for which he served as chairman.[1]    https://ipfs.io/ipfs/QmXoypizjW3WknFiJnKLwHCnL72vedxjQkDDP1mXWo6uco/wiki/Jim_Zeigler.html

It looks like Ziegler is whoever / whatever is the most helpful to him at any given time.  Most telling is that he resigned from the Conservative Christians of Alabama and the League of Christian Voters after he was done with political activism.

How old were Mary and Joseph when they married?

A common one is that life expectancy was about 35 years in Jesus’ time.  While that may have been the average, it’s likely due to high infant mortality rates that skewed the numbers to the low side.  There’s also the issue of so many soldiers dying in various wars.  A more realistic number cited by those who take those factor into consideration put the life expectancy at 60 to 70 years.  I bring this up to show that marrying young (or younger) wasn’t a factor of life expectancy.

Cultural norms are also difficult to determine.  Some say the parents arranged the marriages.  Others say a Hebrew wedding would be arranged by the Rabbi.  Some say the bride and groom were involved in the process.  But others say they weren’t.  Nothing can really be known about that either.

As far as the actual ages of Mary and Joseph when they were married, the following is from the International Marian Research Institute at the University of Dayton.

Q: How old were Mary and Joseph when Jesus was conceived?

A: Since the Scriptures do not explicitly discuss this question, no one is certain of the answer. At one time, Joseph was assumed to be elderly when he married Mary. However, now we believe that Mary and Joseph were both in their teens when Jesus was born, around sixteen and eighteen respectively. This was the norm for Jewish newlyweds at that time. Please keep watching for more details about the life of Mary.

It would be nice if they said something about why they believe that to be true.  Historical research is far better than assumptions.  In any case, the most realistic thing said about the ages of Mary and Joseph is that no one is certain of the answer.

Ultimately, while we don’t know for sure about what was acceptable / normal in their time, we do know what’s acceptable in out time.  I can’t imagine the parent of a 14-year-old girl thinking it’s normal or acceptable for a man in his thirties to be doing what was alleged in this case.  And, as I said, whether it happened or not is for the courts to decide.  But the plain fact is that it is not acceptable now.  No reason from the past can make that statement come out as anything but wrong.

It is most unfortunate that these kinds of things happen to children at the hands of adults who should know better.  And whether or not they are true, the sad truth is that someone has chosen to justify this type of action by using Mary and Joseph to defend relationships with underage girls.

Most, if not all, Christians know of this statement from Jesus.

The Greatest in the Kingdom of Heaven

Mt 18:1 At that time the disciples came to Jesus and asked, “Who is the greatest in the kingdom of heaven?”

Mt 18:5 “And whoever welcomes a little child like this in my name welcomes me. 6 But if anyone causes one of these little ones who believe in me to sin, it would be better for him to have a large millstone hung around his neck and to be drowned in the depths of the sea.”

Unless there is a miraculous change in Jim Ziegler, I see a millstone in his future.  As for the accused – he’ll find out in the next life.