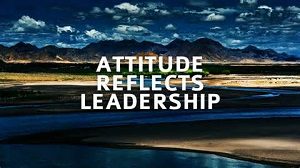 In the Old Testament, we read about God raising up (literally – allowing) leaders to come to power
in order to teach His chosen people a lesson.
Think Pharaoh in Egypt and Nebuchadnezzar in Babylon, for starters.

“The president’s comments this morning at the prayer breakfast are the most offensive I’ve ever heard a president make in my lifetime,” said former Virginia governor Jim Gilmore (R). “He has offended every believing Christian in the United States. This goes further to the point that Mr. Obama does not believe in America or the values we all share.”

This comment about our President’s statements at the National Prayer breakfast are just the latest in a series of anti-Christian words coming from him.

It really hit me yesterday though.

Is this the president that we deserve today?

At that same breakfast, he also said –

“America is not the same as it was 100 years ago, 50 years ago or even a decade ago. Because we fight for our ideals and are willing to criticize ourselves when we fall short.”

That first line is certainly true. We aren’t where we used to be. As much as some would like to dispute it, the people who first came to this country from Europe were Christians – seeking to escape the King’s version of Christianity. BTW – those first people also got along with the Indians who were already here. If it wasn’t for the Indians, they would have died. Over time – we’ve lost that ideal. Lately, it’s seemingly all but gone.

Maybe this is the president we deserve, having gone so far from God’s path for us – the path that those first settlers were following.

Is this the president that we need today?

“We went off-course,” he said early in his presidency of the detention and interrogation practices of his predecessor, and he pledged to end torture, close the military prison at Guantanamo Bay, Cuba, and correct what he defined as mistakes America made during the country’s “season of fear.”

Again – I agree with the first part of what he said. We went off course.
But we went off course a long time ago.
We went off God’s course long before the Bush administration that our current president is so fixated on.

The issue is recognizing when and where we went off God’s Course – and returning to it.

Maybe this is the president that we need, having gone so far from God’s path for us – the path that those first settlers were following.

Deserving and needing – getting back on course
Maybe this is the president that we deserve – and need – to get us back on course.

Remember – the Jews wanted the Messiah to overthrow the Roman government. And He did.
Not with force. And not immediately.
He did it with love. And it took a couple hundred years.
But that was His way. And it did work. Check out the Book of Acts.

And that’s the course we need to get back on.

In our Bible Study class this past Sunday, we were talking about what’s happening with the Christian church in China.
We compared them to where we are here in the U.S.

There are people in both countries that want Jesus.
In terms of percentages, the number of Christians is China is very low compared to the U.S.
But in terms of raw numbers, it’s expected that China will soon have more Christians that the U.S.

How can this be, when the U.S. is still pretty open – at least as far as actually holding church services?
While the prevailing attitude is becoming increasingly anti-Christian, there are no restrictions on actually attending church.
While the culture is becoming more anti=Christian – there’s no risk of going to jail or just “disappearing” here in the U.S. – unlike China, where a church can suddenly be shut down and it’s leadership goes missing – compliments of the government?

I submit to you – those are exactly the reasons why the Chinese church is growing.

We have become too complacent here.
We don’t have to fight hard enough.
It’s too easy to sell out part of our faith – while still convincing ourselves that we’re “Christian enough”.

Where China is now is more like the early church was in the book of Acts.

Where we are now is more like being somewhere between two of the seven churches in Revelation.

I believe – we’ve gone beyond the church in Ephesus – (past it, in a bad way)

Rev 2:1“To the angel of the church in Ephesus write:

These are the words of him who holds the seven stars in his right hand and walks among the seven golden lampstands: 2 I know your deeds, your hard work and your perseverance. I know that you cannot tolerate wicked men, that you have tested those who claim to be apostles but are not, and have found them false. 3 You have persevered and have endured hardships for my name, and have not grown weary.
Rev 2:4 Yet I hold this against you: You have forsaken your first love. 5 Remember the height from which you have fallen! Repent and do the things you did at first. If you do not repent, I will come to you and remove your lampstand from its place. 6 But you have this in your favor: You hate the practices of the Nicolaitans, which I also hate.
Rev 2:7 He who has an ear, let him hear what the Spirit says to the churches. To him who overcomes, I will give the right to eat from the tree of life, which is in the paradise of God.

and we’re headed towards being the church in Sardis –

Rev 3:1“To the angel of the church in Sardis write:

These are the words of him who holds the seven spirits of God and the seven stars. I know your deeds; you have a reputation of being alive, but you are dead. 2 Wake up! Strengthen what remains and is about to die, for I have not found your deeds complete in the sight of my God. 3 Remember, therefore, what you have received and heard; obey it, and repent. But if you do not wake up, I will come like a thief, and you will not know at what time I will come to you.
Rev 3:4 Yet you have a few people in Sardis who have not soiled their clothes. They will walk with me, dressed in white, for they are worthy. 5 He who overcomes will, like them, be dressed in white. I will never blot out his name from the book of life, but will acknowledge his name before my Father and his angels. 6 He who has an ear, let him hear what the Spirit says to the churches.

This is not a good place to be.

Consider this –
what if God is giving us the leaders we need,
in order to face the facts of where we are –
in order to wake us up to the fact that we’re turning more and more away from Him –
in order to get us to hear Him –
and so that He won’t have to remove our names from the Book of Life?

Worse – consider this –
what if God isn’t giving us the leaders we need –
what if He’s letting us have whatever we want –
because we’re so far gone that He’s given up on us?

Rev 3:14 “To the angel of the church in Laodicea write:

These are the words of the Amen, the faithful and true witness, the ruler of God’s creation. 15 I know your deeds, that you are neither cold nor hot. I wish you were either one or the other! 16 So, because you are lukewarm—neither hot nor cold—I am about to spit you out of my mouth. 17 You say, ‘I am rich; I have acquired wealth and do not need a thing.’ But you do not realize that you are wretched, pitiful, poor, blind and naked. 18 I counsel you to buy from me gold refined in the fire, so you can become rich; and white clothes to wear, so you can cover your shameful nakedness; and salve to put on your eyes, so you can see.
Rev 3:19 Those whom I love I rebuke and discipline. So be earnest, and repent. 20 Here I am! I stand at the door and knock. If anyone hears my voice and opens the door, I will come in and eat with him, and he with me.
Rev 3:21 To him who overcomes, I will give the right to sit with me on my throne, just as I overcame and sat down with my Father on his throne. 22 He who has an ear, let him hear what the Spirit says to the churches.”

This may be the worst scenario of all the churches.

Look around you – read those verses again – and see if you don’t agree.

But – what if we actually do get there?

Can you even imagine being spit out of the mouth of Jesus?

If that’s not a wake-up call – what will be?