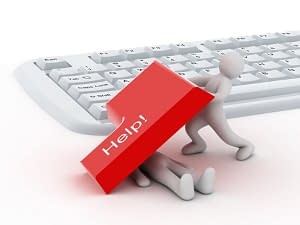 Do you ask people for help you when you need it?

Are you a Christian?

If your answers were “No” and “Yes”, respectively –
then I have to respectfully ask a question:

Remember this, from Mark?

Mk 9:35 Sitting down, Jesus called the Twelve and said, “If anyone wants to be first, he must be the very last, and the servant of all.”

Jesus said it under the context of Who was the greatest?

Mk 9:33 They came to Capernaum. When he was in the house, he asked them, “What were you arguing about on the road?” 34 But they kept quiet because on the way they had argued about who was the greatest.
Mk 9:35 Sitting down, Jesus called the Twelve and said, “If anyone wants to be first, he must be the very last, and the servant of all.”
Mk 9:36 He took a little child and had him stand among them. Taking him in his arms, he said to them, 37 “Whoever welcomes one of these little children in my name welcomes me; and whoever welcomes me does not welcome me but the one who sent me.”

Do you also remember this, under the context of The Little Children and Jesus?

Mk 10:13 People were bringing little children to Jesus to have him touch them, but the disciples rebuked them. 14 When Jesus saw this, he was indignant. He said to them, “Let the little children come to me, and do not hinder them, for the kingdom of God belongs to such as these. 15 I tell you the truth, anyone who will not receive the kingdom of God like a little child will never enter it.” 16 And he took the children in his arms, put his hands on them and blessed them.

Mt 25:31 “When the Son of Man comes in his glory, and all the angels with him, he will sit on his throne in heavenly glory. 32 All the nations will be gathered before him, and he will separate the people one from another as a shepherd separates the sheep from the goats. 33 He will put the sheep on his right and the goats on his left.

Mt 25:40 “The King will reply, ‘I tell you the truth, whatever you did for one of the least of these brothers of mine, you did for me.’

In this parable, where we go depends very much on what we did for each other.

So now, let me ask the question again, with the implications of the title included –

Why do you not ask, and therefore not give people a chance to help you when you need it?

or maybe even worse –

Why do you turn away people when they recognize that you need help?

When we do this – when we don’t ask – are we not preventing people from doing something for “the least of these“?

When we do this – are we not keeping people away from Jesus – just as the well meaning disciples were going to keep the children away from Him?

I get it.  It’s hard to ask for help.
And I have often not done it.
I’ve also often kept people from helping after they’ve realized on their own that I needed it.

However – I’ve also learned to both accept and (later) ask for help.
It’s amazing.  We find out just how much people care.  When we’re Christian – and we ask / allow other Christians to help us – what happens is more than we ever expected.
Although – truth is – it shouldn’t be surprising at all.

If that sounds familiar – it’s because that’s where we started.

Know someone who needs help?  — Help them.

Either way – you may just have an encounter with Jesus.