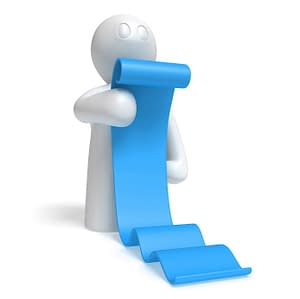 Just in case you don’t recognize it, the quote above is from my favorite song Telegraph Road, by Dire Straits.
It’s about hope.  And desperation.  And hope.
Not unlike one of David’s psalms.
Not unlike our lives.
At least, not unlike mine.

If you don’t know the song, or haven’t heard the live version from the Money for Nothing CD, here’s a YouTube link.  This version is awesome.  The instruments sound great.  But it’s the emotion in Mark Knopfler’s voice on this one that really gets to you.  You can feel the pain.

Don’t we all do that?
Put down our load where we think it’s the best.
We have such high hopes.  We have an expectation of good things to come.

other people come along.
And they like it at our spot.
So they stay.
But they don’t have the same dreams that we do.

and the next thing we know –
it’s all out of control.

We start looking for Him –
but look what it invariably turns into.

Makes me wonder what it would have been like right after the Pentecost.

They had such hardships.  Way worse than what most of us have today.
And yet – they were truly happy and full of joy.
Probably because their own community hadn’t been taken over by –
the church rules – their church was still just a community of like minded people,
the schools that taught that the church was bad,
the lawyers that taught the church should be out of people’s lives,
and the rules that made sure all of the things above actually happened.

without God the the true church – that community of people without the lawyers and the rules – hard times come.
Then the wars come.  Worse yet – they come in the name of religion.
A religion that’s such a far cry from what Christianity was supposed to be.

You had your head on my shoulder, you had your hand in my hair
Now you act a little colder, like you don’t seem to care

The outside world –
the world without God –
affects even those that thought they could keep what they had.

The prince of the world –
Satan –
has an impact on all of us.
And before we know what happened –
we’re victims.

But believe in me, baby, and I’ll take you away
From out of this darkness and into the day
From these rivers of headlights, these rivers of rain
From the anger that lives on the streets with these names
‘Cause I’ve run every red light on memory lane
I’ve seen desperation explode into flames
And I don’t want to see it again

We know we don’t like things the way they are.
We think we can get away from it all.

But believe in me, baby, and I’ll take you away

There’s no way to avoid seeing desperation turn into flames.
It’s been that way since The Fall.
And it’s going to be that way until we die.

The real hope comes not in us – but in Jesus.

During this life – we will always see it.  But we don’t have to be alone.  Unless we want to.

After this life – again with Jesus – we really can be done with desperation.  If we want to.

He is our only hope.

So why is it so hard?