“The man’s gentle face slowly sagged and became a picture of foreboding.

‘I can hardly advise you, who thinks the devil is only hot air, now can I?'”

from “Immanuel’s Veins” by Ted Dekker 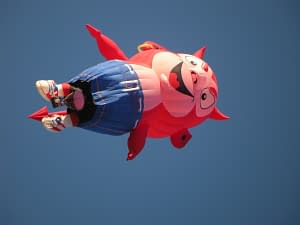 Ted Dekker really has a way of getting right to the point, doesn’t he?

Jn 3:16 “For God so loved the world that he gave his one and only Son, that whoever believes in him shall not perish but have eternal life. 17 For God did not send his Son into the world to condemn the world, but to save the world through him. 18 Whoever believes in him is not condemned, but whoever does not believe stands condemned already because he has not believed in the name of God’s one and only Son. 19 This is the verdict: Light has come into the world, but men loved darkness instead of light because their deeds were evil. 20 Everyone who does evil hates the light, and will not come into the light for fear that his deeds will be exposed. 21 But whoever lives by the truth comes into the light, so that it may be seen plainly that what he has done has been done through God.”

Yes – men loved darkness instead of light because their deeds were evil.  It was true in Jesus’ time.

It’s true in our time.

And it was true back in Noah’s time.  You remember the flood, right?

Ge 6:5 The LORD saw how great man’s wickedness on the earth had become, and that every inclination of the thoughts of his heart was only evil all the time. 6 The LORD was grieved that he had made man on the earth, and his heart was filled with pain. 7 So the LORD said, “I will wipe mankind, whom I have created, from the face of the earth—men and animals, and creatures that move along the ground, and birds of the air—for I am grieved that I have made them.” 8 But Noah found favor in the eyes of the LORD.

Ge 4:1 Adam lay with his wife Eve, and she became pregnant and gave birth to Cain. She said, “With the help of the LORD I have brought forth a man.” 2 Later she gave birth to his brother Abel.
Now Abel kept flocks, and Cain worked the soil. 3 In the course of time Cain brought some of the fruits of the soil as an offering to the LORD. 4 But Abel brought fat portions from some of the firstborn of his flock. The LORD looked with favor on Abel and his offering, 5 but on Cain and his offering he did not look with favor. So Cain was very angry, and his face was downcast.
Ge 4:6 Then the LORD said to Cain, “Why are you angry? Why is your face downcast? 7 If you do what is right, will you not be accepted? But if you do not do what is right, sin is crouching at your door; it desires to have you, but you must master it.”
Ge 4:8 Now Cain said to his brother Abel, “Let’s go out to the field.” And while they were in the field, Cain attacked his brother Abel and killed him.
Ge 4:9 Then the LORD said to Cain, “Where is your brother Abel?”
“I don’t know,” he replied. “Am I my brother’s keeper?”
Ge 4:10 The LORD said, “What have you done? Listen! Your brother’s blood cries out to me from the ground. 11 Now you are under a curse and driven from the ground, which opened its mouth to receive your brother’s blood from your hand. 12 When you work the ground, it will no longer yield its crops for you. You will be a restless wanderer on the earth. ”

The Fall of Man

Ge 3:1 Now the serpent was more crafty than any of the wild animals the LORD God had made. He said to the woman, “Did God really say, ‘You must not eat from any tree in the garden’?”
Ge 3:2 The woman said to the serpent, “We may eat fruit from the trees in the garden, 3 but God did say, ‘You must not eat fruit from the tree that is in the middle of the garden, and you must not touch it, or you will die.’ ”
Ge 3:4 “You will not surely die,” the serpent said to the woman. 5 “For God knows that when you eat of it your eyes will be opened, and you will be like God, knowing good and evil.”
Ge 3:6 When the woman saw that the fruit of the tree was good for food and pleasing to the eye, and also desirable for gaining wisdom, she took some and ate it. She also gave some to her husband, who was with her, and he ate it. 7 Then the eyes of both of them were opened, and they realized they were naked; so they sewed fig leaves together and made coverings for themselves.
Ge 3:8 Then the man and his wife heard the sound of the LORD God as he was walking in the garden in the cool of the day, and they hid from the LORD God among the trees of the garden. 9 But the LORD God called to the man, “Where are you?”
Ge 3:10 He answered, “I heard you in the garden, and I was afraid because I was naked; so I hid.”
Ge 3:11 And he said, “Who told you that you were naked? Have you eaten from the tree that I commanded you not to eat from? ”
Ge 3:12 The man said, “The woman you put here with me—she gave me some fruit from the tree, and I ate it.”
Ge 3:13 Then the LORD God said to the woman, “What is this you have done?”
The woman said, “The serpent deceived me, and I ate.”
Ge 3:14 So the LORD God said to the serpent, “Because you have done this,

And, of course, it was all down hill from there.

If you want to see some current examples of our evil – just check out the 10 PM news.
Or, if you want examples that really show just how evil we are – check out the internet.
But be careful- don’t go too far.
Some of those things could land you in jail.
Not to mention get you hooked and drag you into the darkness if you’re not already there..

In light of where this topic is right now, and in light of the title – I want to share something with you about this.  Something you need to stay away from.
Years ago, we had hired some IT consultants to work with us, since we needed some expertise that we didn’t currently have.  All of a sudden, one of them didn’t show up for work.  Turns out he was into internet pornography.  That  got him into sites that had underage girls – young teenagers.  That got him into sites where he could meet the girls for – let’s be polite and leave it there.  Next thing you know – he was arrested.  Life as he knew it was over.

That’s what happens when we don’t believe the devil is real.

We come to believe that evil isn’t real either.

Then, there’s the possibility we’ll pay for that decision in this life.

But for sure, absent a pardon from Jesus – there’s no getting out of paying for it in the next life.

It sounds impossible – to get a “pardon” from Jesus.
But Jesus paid with His own life to get that “pardon” for us.

I know – it’s not the religious term to use – but it fits with the people I’m addressing here.
It’s hopefully enough to get someone interested in learning more – with words understood by those not yet in the “church”.

Jn 5:24 “I tell you the truth, whoever hears my word and believes him who sent me has eternal life and will not be condemned; he has crossed over from death to life. 25 I tell you the truth, a time is coming and has now come when the dead will hear the voice of the Son of God and those who hear will live. 26 For as the Father has life in himself, so he has granted the Son to have life in himself. 27 And he has given him authority to judge because he is the Son of Man.”

To put that in terms of darkness vs light and punishment vs pardon,
what Jesus offers is a chance to go from a death sentence in Hell
to a life sentence with Him in Heaven.

All it takes is an admission of guilt,
and an acknowledgement that Jesus, as the Son of God, is the way to get from darkness to light.

Lk 23:39 One of the criminals who hung there hurled insults at him: “Aren’t you the Christ? Save yourself and us!”
Lk 23:40 But the other criminal rebuked him. “Don’t you fear God,” he said, “since you are under the same sentence? 41 We are punished justly, for we are getting what our deeds deserve. But this man has done nothing wrong.”
Lk 23:42 Then he said, “Jesus, remember me when you come into your kingdom.’”
Lk 23:43 Jesus answered him, “I tell you the truth, today you will be with me in paradise.”

For a more detailed look at those two men, please see my article – Who were the other two men on the crosses?

the quote and details on the book are available at amazon.com //amzn.to/2cmlvJN