It Will Happen Again 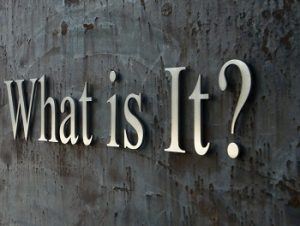 It will happen again.

It’s Orlando – the mass killing – the child killed by an alligator.
It’s Sandy Hook – more mass killings.
It’s your neighbor – beaten up by her husband / boyfriend / lover – again.
It’s all the things we want to put an end to.  Insist we can do it on our own.  And ignore the real problems.

But God’s angry displeasure erupts as acts of human mistrust and wrongdoing and lying accumulate, as people try to put a shroud over truth. But the basic reality of God is plain enough. Open your eyes and there it is! By taking a long and thoughtful look at what God has created, people have always been able to see what their eyes as such can’t see: eternal power, for instance, and the mystery of his divine being. So nobody has a good excuse. What happened was this: People knew God perfectly well, but when they didn’t treat him like God, refusing to worship him, they trivialized themselves into silliness and confusion so that there was neither sense nor direction left in their lives. They pretended to know it all, but were illiterate regarding life. They traded the glory of God who holds the whole world in his hands for cheap figurines you can buy at any roadside stand.

There are some parts of the world where God has never really been known like He is (was?) in this country (like in Africa and China).
It’s not like here, where – regardless of whether we choose to admit it or not – we live in a land where people came to escape freedom from “The King’s” religion – and worship God the way the Bible really said.  And – whether we choose to admit it or not – this country was founded on those same principles – believing in and worshiping God, and acting accordingly.

You may think those words above are for us – people who knew God but have gotten away from Him.
But – you’d be wrong.  These words are actually from Romans – the Message translation (MSG).  And they are for people who never knew God as “God”.  But who should have at least been able to recognize His existence just by looking around.  But they chose to ignore the evidence.

How much worse is it for us?  How much worse that we came from someplace where God was known – was revered – was worshiped – and was important to people?  How much worse that with that kind of background, too many of us here ignore Him – pervert His word to fit what we want – and even actively teach our young that He doesn’t even exist?  How can we – who have supposedly read the Bible – seen the past history of people who did these things to God – seen what happened to those people as a result of their rejection of the God they previously loved – how can we not learn from it?

Well – Paul’s letter to the Romans addresses that as well –

24-25 So God said, in effect, “If that’s what you want, that’s what you get.” It wasn’t long before they were living in a pigpen, smeared with filth, filthy inside and out. And all this because they traded the true God for a fake god, and worshiped the god they made instead of the God who made them—the God we bless, the God who blesses us. Oh, yes!

28-32 Since they didn’t bother to acknowledge God, God quit bothering them and let them run loose. And then all hell broke loose: rampant evil, grabbing and grasping, vicious backstabbing. They made life hell on earth with their envy, wanton killing, bickering, and cheating. Look at them: mean-spirited, venomous, fork-tongued God-bashers. Bullies, swaggerers, insufferable windbags! They keep inventing new ways of wrecking lives. They ditch their parents when they get in the way. Stupid, slimy, cruel, cold-blooded. And it’s not as if they don’t know better. They know perfectly well they’re spitting in God’s face. And they don’t care—worse, they hand out prizes to those who do the worst things best!

Yes – that sounds very much – way too much – like us today.

For all the alleged Christians – people who claim to be Christian – that exist in this country – how can we have reached this point?

But we have reached it.

And in spite of the number of people who claim to be Christian – not only have we reached it, but it will get worse.

The NIV calls this section of Romans “God’s wrath against mankind“.

The MSG calls it “Ignoring God Leads to a Downward Spiral“.

So yes – it will get worse.

And all the while – some will tell us that more laws can solve the problem. (that would be the liberals / democrats)

Others will say that we should enforce the laws we have on the books already. (that would be the conservatives / republicans)

The problem is – both of them refer to laws of man.

What the Christians should be saying is that all we need to do is obey the laws already in The Book.

A subtle difference from the conservative / republican point of view.  But so important.
And why are we not hearing that message from Christians?
Why are Christians still coddling one political party or the other – knowing full well that both are part of Paul’s warning to us?

We weren’t careful what we asked for

I’m sure you’ve heard the saying – be careful what you ask for, ’cause you might get it.

Well – we weren’t careful.
We asked for a life without God.
And we’re getting it.

There is hope.
We can ask for something else.
Like this –

Jeremiah 24:7 “And I’ll give them a heart to know me, God. They’ll be my people and I’ll be their God, for they’ll have returned to me with all their hearts.

What do you wish for?

And what are you doing for that wish to be granted?

previousDo we have the leader we deserve, need or both? Revisited
nextWhat do we expect?

Home » Featured Posts » It Will Happen Again
a