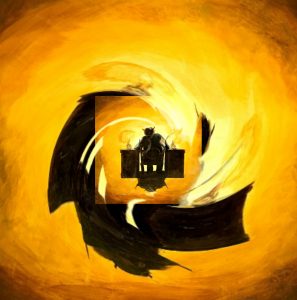 Screwtape’s logic now begins to reveal much
– about us.

Now that it is certain the German humans will bombard your patient’s town and that his duties will keep him in the thick of the danger, we must consider our policy. …

Well, I am afraid it is no good trying to make him brave. … A very unsatisfactory arrangement, but, I trust, we shall one day learn to do better.

But hatred is best combined with Fear. … And Hatred is also a great anodyne for shame. To make a deep wound in his charity, you should therefore first defeat his courage.

29.1) One analysis of The Merchant of Venice from the Law School at Samford University in Alabama says of the play –

Merchant of Venice is neither a simple tale of an unfounded prejudice, nor is it a tale that pits justice against mercy merely characterizing a puzzle without offering an, albeit tentative, resolution. Rather, the play offers a conception of justice that embraces both law and mercy. What one learns by the end of the play is not that vengeance overtakes mercy or that mercy trumps law. Instead, the play suggests that mercy, understood properly as an undeserved sacrifice, is a necessary condition to the fulfillment of law, understood as that which binds a community together in its bond.

How does this relate to what Screwtape is saying?

Although you may not know the full details of the play, can you see how it could parallel Christ’s sacrifice to save us?

Now this is a ticklish business. We have made men proud of most vices, but not of cowardice. … There is here a cruel dilemma before us. If we promoted justice and charity among men, we should be playing directly into the Enemy’s hands; but if we guide them to the opposite behaviour, this sooner or later produces (for He permits it to produce) a war or a revolution, and the undisguisable issue of cowardice or courage awakes thousands of men from moral stupor.

Screwtape has written about fear in previous letters. He returns to it again – but this time with some warnings about too much fear possibly driving people to “The Enemy”. Look at Jesus’ message to His disciples before he sent them out to proclaim the good news in Matthew 10. Talk about some of the reasons why Screwtape would be afraid of generating too much fear in the patient.

Mt 10:5 These twelve Jesus sent out with the following instructions: “Do not go among the Gentiles or enter any town of the Samaritans. 6 Go rather to the lost sheep of Israel. 7 As you go, preach this message: ‘The kingdom of heaven is near.’ 8 Heal the sick, raise the dead, cleanse those who have leprosy, drive out demons. Freely you have received, freely give. 9 Do not take along any gold or silver or copper in your belts; 10 take no bag for the journey, or extra tunic, or sandals or a staff; for the worker is worth his keep.

Mt 10:11 “Whatever town or village you enter, search for some worthy person there and stay at his house until you leave. 12 As you enter the home, give it your greeting. 13 If the home is deserving, let your peace rest on it; if it is not, let your peace return to you. 14 If anyone will not welcome you or listen to your words, shake the dust off your feet when you leave that home or town. 15 I tell you the truth, it will be more bearable for Sodom and Gomorrah on the day of judgment than for that town. 16 I am sending you out like sheep among wolves. Therefore be as shrewd as snakes and as innocent as doves.

Mt 10:17 “Be on your guard against men; they will hand you over to the local councils and flog you in their synagogues. 18 On my account you will be brought before governors and kings as witnesses to them and to the Gentiles. 19 But when they arrest you, do not worry about what to say or how to say it. At that time you will be given what to say, 20 for it will not be you speaking, but the Spirit of your Father speaking through you.

Mt 10:21 “Brother will betray brother to death, and a father his child; children will rebel against their parents and have them put to death. 22 All men will hate you because of me, but he who stands firm to the end will be saved. 23 When you are persecuted in one place, flee to another. I tell you the truth, you will not finish going through the cities of Israel before the Son of Man comes.

Mt 10:26 “So do not be afraid of them. There is nothing concealed that will not be disclosed, or hidden that will not be made known. 27 What I tell you in the dark, speak in the daylight; what is whispered in your ear, proclaim from the roofs. 28 Do not be afraid of those who kill the body but cannot kill the soul. Rather, be afraid of the One who can destroy both soul and body in hell. 29 Are not two sparrows sold for a penny ? Yet not one of them will fall to the ground apart from the will of your Father. 30 And even the very hairs of your head are all numbered. 31 So don’t be afraid; you are worth more than many sparrows.

“ ‘a man against his father,

a daughter against her mother,

a daughter-in-law against her mother-in-law—

Mt 10:36 a man’s enemies will be the members of his own household.’

This, indeed, is probably one of the Enemy’s motives for creating a dangerous world—a world in which moral issues really come to the point. … Pilate was merciful till it became risky.

It is therefore possible to lose as much as we gain by making your man a coward; he may learn too much about himself! … But I fear you have already let him get too far in the Enemy’s school, and he knows that Despair is a greater sin than any of the sins which provoke it.

The word despair occurs in the NIV 12 times – only once in the New Testament. The once appearance is in Paul’s 2 letter to the Corinthians – in the “Jars of Clay” section:

2Co 4:7 But we have this treasure in jars of clay to show that this all-surpassing power is from God and not from us. 8 We are hard pressed on every side, but not crushed; perplexed, but not in despair; 9 persecuted, but not abandoned; struck down, but not destroyed. 10 We always carry around in our body the death of Jesus, so that the life of Jesus may also be revealed in our body. 11 For we who are alive are always being given over to death for Jesus’ sake, so that his life may be revealed in our mortal body. 12 So then, death is at work in us, but life is at work in you.

From this, where does Screwtape’s own fear come from regarding crossing the line on despair – similar to the previous problem with too much fear?

As to the actual technique of temptations to cowardice, not much need be said. The main point is that precautions have a tendency to increase fear. … Then, at the moment of real terror, rush it out into his nerves and muscles and you may get the fatal act done before he knows what you’re about. For remember, the act of cowardice is all that matters; the emotion of fear is, in itself, no sin and, though we enjoy it, does us no good,

29.4) Will fear and despair lead to cowardice?

It sounds so easy –

Then, at the moment of real terror, rush it out into his nerves and muscles and you may get the fatal act done before he knows what you’re about. For remember, the act of cowardice is all that matters; the emotion of fear is, in itself, no sin and, though we enjoy it, does us no good,

Does this mean that God won’t forgive cowardice – since fear itself isn’t a sin, but the act of cowardice is all that matters?

What happened to the lines Screwtape wrote in the first paragraph of this same letter?

There is here a cruel dilemma before us. If we promoted justice and charity among men, we should be playing directly into the Enemy’s hands; but if we guide them to the opposite behaviour, this sooner or later produces (for He permits it to produce) a war or a revolution, and the undisguisable issue of cowardice or courage awakes thousands of men from moral stupor.

Can you think of an act of cowardice in the Bible where the person was not only forgiven, but drawn that much closer to God afterwards?