What’s the problem of / with December?  Quite simply – it’s depressing.  It is for me.  And I’m sure I’m not alone.  If anything, I’d guess there’s a whole lot more depressed people at this time of year than you’d think.  It’s just that many are good enough actors that it’s hard to tell. 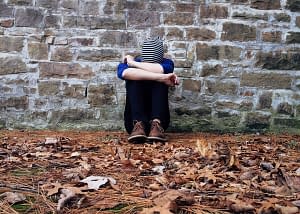 No – we’re not “supposed” to be depressed at this time.  It’s the holiday season!  Thanksgiving comes just before December starts.  But then, are we really all that thankful?  Or do we put up a good show, smile and look happy, no matter what we really feel inside?  Because this is the time when families get together.  Oh joy!  And pretend to like each other.  And especially to look like we’re doing great.  No matter what.

And it doesn’t end until after New Year’s.  Again with the family.  Maybe some friends that we haven’t seen since last New Year’s.  And again, we have to look good.  Smile and be happy.  But still, in spite of how great things are – we make resolutions for next year to be even better.  But then if we’re actually honest, those resolutions probably give some insight into the reality behind the actor’s mask that we’re wearing.

And of course, in the middle of all that, we have Christmas.  Or some other Holy Day, depending on what we believe.  And you know what that means.  Spend, spend, spend.  Because it’s not a December Holiday / Holy Day without lots of presents.  Whether or not we can really afford them?  That doesn’t matter.  Got to keep up face.  Give good gifts.  Keep that smile on and be happy.  It’s December!!

If you’re really a good gift-giver, there’s a car in your future.  Preferably Lexus or Mercedes, judging from the ads on TV.  Anything less than that and, well, it just won’t do.  No worries on the cost either.  You get six or seven years to pay it off!  Be happy.  Smile.

The problem of December – it’s depressing

So far I’ve talked about money.  And that part of it can be depressing.  Especially when we feel the need to spend more than we can afford.

And I don’t mean to make light of that – I’ve been there.  But now I want to talk about another reason.  It’s kind of included in what you just read.  But it’s hidden.  It’s behind a mask of smiles and happiness.

December can be lonely.

The problem of December – family

Being with family in December can be depressing

I have not experienced the first one yet.  Not that I know of anyway.  As far as I know, I have a brother – somewhere, but I don’t know where.  Presumably, my sister is also alive, but I don’t think I’d be told if that wasn’t the case.  And yes, there’s the cousins and others living thousands of miles away.  But in our “family”, communication was never a strong point.  People were polite when you’re around.  But that was the limit.  You have to be there.  Otherwise – out of sight, out of mind.  You’re just “gone”.

Well, actually, they weren’t even that all the time.  Not my immediate family.  Not my parents.  Especially when someone wasn’t there.  Politeness, family friendliness and everything else was out the window.  Family can be really mean.  Especially when someone’s not there.  Things get said that would never be spoken if the person was there.  You almost feel like you have to go, if for no reason other than to not be talked about!

Yeah – December can be lonely and depressing, even when we’re with family.

Not being with family in December can be depressing

Anyway, now I’m in the situation of, presumably, having living family members, but not being around them in December.  For some weird reason, that’s also kind of depressing.

You see all the smiling faces on TV.  Yes, you know they’re actors.  You know it’s not real.  Same for the traditional movies – Miracle on 34th Street.  A Wonderful Life. A Christmas Carol.  And so on.  They aren’t real.  They are fantasy.  And we know it.  And yet, somehow we end up longing for it in our own, real, lives.  Even if the past years have proven over and over and over that’s it’s just not gonna happen.

So we’ll get together with my wife’s family.  We’ll all have a good time.  Some with the masks.  Maybe even all with the masks.  Sometimes I just don’t know.  I wish it was real.  At times, I even convince myself it is.

And then I wish I had something like that with my brother and sister.  In spite of the past.  Last time I got hold of my brother was to tell him our grandmother passed away.  His response?  “How the f___ did you get this phone number!”  Then he told me it wasn’t a “convenient” time to go to a funeral.  Haven’t spoken to him since.  With my sister, there weren’t any four-letter words, but it wasn’t a whole lot better.

But for some reason, my mind still goes there.  Wished it was.

Yes, December can be lonely.  And depressing.

December depression – messes up even the good things

Something really sad about all this – it even messes up the things that are good.  At least they were, up until the end of November.  Then December sets in and it all changes.  In the blink of an eye, the slip of a tongue, an off the wall thought, and it’s all messed up.

All these things come up, in our heads, if no place else.  They have to go somewhere.  Unfortunately, it’s to our spouses.  Kids, although we don’t have any.  But there is the dog, our 4-legged kid.  And if you have any, close friends.

It’s hard to talk with people about all this.  We take things out on those who would help, if we only let them know what we’re going through.  And like I said, I suspect there’s a whole lot of people acting.  Really “getting” what I’m writing.  But wearing the mask that says – “I don’t have that problem”.  And so things don’t get any better.  Maybe they even get worse.

Where’s God in all this December loneliness and depression?

By now, many of you are probably wondering about all this.  I mean – you’re reading a Christian site.  How can I – who writes all this – be lonely and depressed during Christmas?  You know what?  It’s not hard at all.  It’s easy.  Honestly, it happens every single year.

But this is the first time I’m actually writing about it.  Thinking about it.  Trying to process what seems like a huge disconnect.  I know that God’s with me all the time.  And yet, it’s lonely right now.  Very lonely.  But I realize, I think, that the problem isn’t God.  In my head, I know the problem is me.  He’s there.  But I’m not.

Truth is, I don’t bother too much with that mask thing.  I pretty much retreat.  Hide.  Like the person in the picture at the top.  I emotionally hide from everyone.  The few people I know.  People at church.  All of you – reading my stuff – up until today.  My wife.  Donnie, our 4-legged kid.  Even, apparently, God.

That’s not good.  None of it is.  And yet, it’s what we’re taught to do.  Not necessarily by retreating.  But by putting on the smiling happy face mask.  And we pretend that all’s well.  Even as we’d rather just sit and hide.  And do nothing.

It’s not like I don’t have things to do.  There are bills to pay – although I waited until the very last day.  Had to register for jury duty.  Did that with a day to spare.  Have to schedule an appointment for a biopsy.  Finally did that just before I started to write.

And you know what?  I realized I’m not depressed about the biopsy – no matter how it turns out.  Why not?  Because I know that’s a time when I’ll turn to God – and He’ll be there for me.  Been there before – with a serious infection that was supposed to leave me, at best with failing kidneys and a damaged liver.  Not only did I “beat the reaper”, as my doctor put it, but I have no lingering issues at all.

And – I can honestly say that nearly two month period of being sick was the most peaceful time in my life.  You can read about it at God – is it time for me to go home?

After all that, if you read it, you’ll probably really wonder – how can this guy be depressed?  Hopefully help you with your own situation.  No matter what – there is hope, if we have Jesus with us and we’re with Him.  I know I haven’t been able to deal with this well yet, even after all these years.  But I still have hope.  Even if I never successfully get through a December without depression, I still have hope.  If not in this life, then in the next.

You may have noticed – I haven’t quoted one word of scripture yet.  I’m going to do it now, but only ten words.  And while it’s not normal for me, the only context I’m going to give is that’s it’s something said to people in Heaven.  It’s for the next life. From Revelation 7:17

And God will wipe away every tear from their eyes

That’s why I feel especially sad about hiding from God at times like this.  I know what He’s going to do.  I know there won’t be any more sadness in the next life.  I can’t imagine how that’s possible.  But I know it’s going to happen.  And at the times, in this life, when I especially need to remember that quote above – I run from the One who’s going to make it happen.

Fortunately, I also know He’s waiting for me to run back.

If you’re where I am, think about all this.

If you’re wearing the mask – the message is for you.  Even if you’d rather not admit you’ve got the mask on.

If you’re not Christian – I ask you not to look at the ones who claim to be perfect and happy.  They aren’t.  The only one who was ever perfect was Jesus.  We aren’t and won’t be until the next life.  Look to the ones who are struggling.  They’re probably the ones really trying to do life the way Jesus taught.

Whoever you are, just remember God’s promise – He will wipe away every tear from our eyes.  Even the ones we try not to show anyone else.

Even the ones we try not to show Him.

Image by Wokandapix from Pixabay