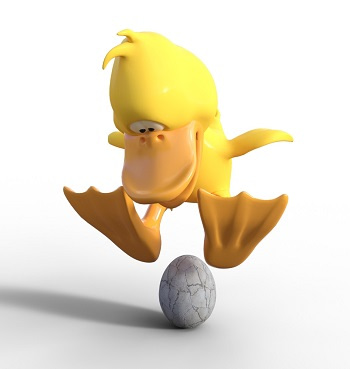 It’s an age-old question. One of life’s great mysteries.  Which came first – the chicken or the egg? It’s stumped people for a long time – apparently – because scientists are still working on it. At least they were up until a couple days ago. It’s all figured out now. Finally – maybe I can get some sleep at night now, instead of pondering this great question!

You’re probably thinking – “he’s lost it”. What does that have to do with anything – and who really cares?

But it’s a big enough deal that it actually made it to Fox News. True – it was a tongue in cheek story – just like my opening is.

But you know – I like this kind of story. It’s a great way to reach out to people. Someone looking for information on this may actually come across this site. If that’s you – welcome – and please read on.

So here’s the link to one of the published reports on this finding: chicken-and-egg.

It’s now July 2017, and I wrote the original version of this 7 years ago – July 2010.  Even though we always hear that once something hits the internet – it’s there forever – not true for this story from Fox News.  It’s gone.  Oh well.

Anyway – as I update my article, I’ll put the new stuff in text like this – so you can tell what’s new.

The bottom line – after all their research – they know that the chicken came first! Turns out there’s a protein that is “crucial” in the formation of the eggshells. And that protein is only produced in pregnant hen’s ovaries.

Which leads to the “obvious” conclusion –

“It had long been suspected that the egg came first but now we have the scientific proof that shows that in fact the chicken came first,” said Dr Colin Freeman, from Sheffield University.

Sounds most convincing – doesn’t it?

One minor little question though – where did that first chicken come from in order to produce the protein that was used to make the first egg?

There’s this song that we sing in church sometimes – “What Can I Do” – by Paul Baloche. Whenever we sing it, I’m reminded of science stories like this one with the chicken and the egg. The first verse goes:

When I see the beauty of a sunset’s glory,
Amazing artistry across the evening sky
When I feel the mystery of a distant galaxy
It awes and humbles me to be loved
By a God so high

The thing is – so many things should be so obvious. But we are taught to look for answers that are anything but obvious. The verse above is about the sun, the stars, galaxies – all created by an incredible God – who also happens to love us.

Remember from Genesis – the very beginning of the Bible – Genesis 1:1-5

Ge 1:1 In the beginning God created the heavens and the earth. 2 Now the earth was formless and empty, darkness was over the surface of the deep, and the Spirit of God was hovering over the waters.

So in the very beginning, we know that God created the heavens and the earth – the sun and the moon – and all the other stars. Wow – just by saying it, He made it happen.  For more on the importance of the words “God said”, I invite you to check out String Theory in Who’s afraid of science?

True – the chicken isn’t quite so glorious to look at as a beautiful sunset or the night sky when there’s no other lights to obscure all the stars.

But is the chicken any less one of God’s creations than this planet called earth and all the stars in the sky? Let’s check out Genesis again – this time Genesis 1:20-23 –

Ge 1:20 And God said, “Let the water teem with living creatures, and let birds fly above the earth across the expanse of the sky.” 21 So God created the great creatures of the sea and every living and moving thing with which the water teems, according to their kinds, and every winged bird according to its kind. And God saw that it was good. 22 God blessed them and said, “Be fruitful and increase in number and fill the water in the seas, and let the birds increase on the earth.” 23 And there was evening, and there was morning—the fifth day.

So birds were created the very next day. BTW – just to be sure we’re all on the same page here – chickens are birds.  You can find more than you probably want to know about chickens from the Extension Program at The University of Illinois, but here’s just one paragraph from them, which may still be more than you need or want –

A chicken is a bird. One of the features that differentiate it from most other birds is that it has a comb and two wattles. The comb is the red appendage on the top of the head, and the wattles are the two appendages under the chin. These are secondary sexual characteristics and are more prominent in the male. A few other birds have a comb or similar appendage, in some cases bearing a different name such as helmet in the guinea, and a few have wattles with some having a single median one rather than a pair. The comb is the basis of the Latin name or classification of chickens. In Latin, gallus means comb, and the domestic chicken is Gallus domesticus. The Red Jungle Fowl, ancestor of most domestic chickens, is Gallus bankiva. There are eight recognized kinds of combs: single, rose, pea, cushion, buttercup, strawberry, V-shaped, and silkie.

The key is that, like the earth, the sun, the moon, the stars, and everything else – they were created by God – because He literally said they should exist, and therefore they do.

One advantage of doing updates from time to time is that I can add more info.  If the use of the word day bothers anyone, the reality of it is that the Hebrew word that gets translated into “day” doesn’t have to be translated that way.  In fact, it would more properly be translated as “era” or “epoch”.  For more on that, please see Is evolution a concept from Satan?  There’s a lot of stuff in there related to misconceptions we have about Creation in the Bible and evolution.  A little more than halfway down is a section called “What is a day?”  It’s one of those things that I just cannot understand why Christians don’t seem to either know or talk about.

One could even say that the scientists turned out to be correct. The Bible doesn’t say God created eggs – it says He created every winged bird. And then He blessed them with the command to Be fruitful and increase in number. Hence – the egg!  It was needed in the process of being fruitful and multiplying.

Wow! All that time – all that research – and whatever else has gone into this great scientific question over the ages! And the answer they come up with after all of that – it’s the very same one that’s been in the Bible for thousands of years – the Word of God – the Creator of everything – it’s been there all along.

For more on that topic, there’s an article called It’s time for Christians to acknowledge what Darwin REALLY did that includes of discussion on who told Moses what we read in Genesis today?

All we have to do is read it – if we have eyes to see.

I know – of course we have eyes, unless there is a birth defect, an accident or some terrible thing has happened.  But remember what Jesus tells us about having eyes but still not being able to see –

We could be looking right at something – yet still not see it for what it really is.

Why is that?  In the middle of telling the Parable of the Sower, Jesus says –

Jesus is quoting from Isaiah in the passage above.  It’s a description of God’s people at the time.  As often happens in Old Testament prophesies, it’s also about the future – about people like us.  Part of what’s included in this lengthy section of Isaiah is the following warning – from God to Isaiah –

Isa 8:11 The LORD spoke to me with his strong hand upon me, warning me not to follow the way of this people.

In the Matthew passage, Jesus is telling His disciples that they are blessed because they are doing the same thing in their time as what Isaiah was told to do in his own time – do not follow the ways of the world.  This warning is just as true for us today as it ever was in the past.

All we have to do is trust our Father – our Creator – who loves us – and already has given us the answer to this question of the chicken and the egg – and so many other questions. All we have to do is read His Word – and believe it – trust it – and live by it.

It’s so simple – but so hard. Unless we have Jesus – the Light of the world – who will give us the eyes to see the Truth. If you don’t have Him yet – keep looking. He’ll find you – and you’ll never see things the same way again!