Which is more important – Christmas or Easter?  Since so many people only go to church on Christmas and Easter, I’m guessing it’s a tough choice.  So they cover the bases, so to speak, and go to church for both.  But what if I told you that choosing between the two of them is kind of like forgetting that there are four bases in baseball?  That covering the bases thing is leaving out two really important days? 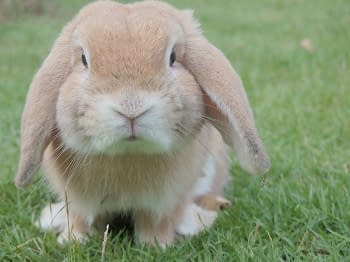 Just like the goal is to get back to home plate in baseball.  Being stranded on first, second or third gets nothing.  You only score after covering all of the bases – not just two, or even three, of them.

So here’s what I’m talking about.

Christmas – that’s #1.  It’s when Jesus was born.  It’s like the baseball player getting up to bat.  But if the player strikes out, hits a fly ball that’s caught, gets tagged out, get’s left on base, Etc. – nothing else matters.

In the same way, if Jesus was born but nothing else happened, there’s no big deal.

Good Friday is #2.  So you see, there’s something in between Christmas and Easter.  Something we really cannot ignore.  Not without losing the whole point of what happened.

For those who may not know, Good Friday is the day Jesus was crucified.  The day He died.

In between Christmas and Good Friday, Jesus said and did a bunch of stuff that makes Him different from the rest of us.  It’s because of those things that we celebrate Christmas and Easter.  For instance, Jesus said He was God.  He healed people.  He performed various miracles.  And Jesus brought a whole new understanding of what the Old Testament was really about.  Not like He made something up – but that He really knew.

So while many people will try to say that Jesus was a good moral teacher – statements like that make no sense.  Jesus claimed to be God!  How could anyone consider Jesus to be a good moral teacher, but not be God like He said He was?  Only a crazy person – or an incredible liar – could claim to be God, but in reality just be a “regular” person?  Those aren’t good traits for a good moral teacher.

While the events of His life, fulfilling so many Old Testament prophecies, performing miracles, and everything else, certainly should be proof enough – what comes next is even more proof.

However, to skip right from Christmas to Easter also skips all of that.  We all die.  But how many of us can do what Jesus said – that He conquered death and would come back to life?  So no – we really shouldn’t skip Good Friday.  We should instead consider it as its name says – “Good” Friday.  Because it’s the day that sets everything to come into motion.

Now we can get to #3 – Easter.  The day Jesus rose from the dead.  Not after three days, as some would claim – causing all sorts of problems as to why there’s only one day between Good Friday and Easter.  No – it’s “on the third day”.

Mt 16:21 From that time on Jesus began to explain to his disciples that he must go to Jerusalem and suffer many things at the hands of the elders, chief priests and teachers of the law, and that he must be killed and on the third day be raised to life.

If you have an electronic version of the Bible, search for “on the third day”.  You’ll see that, in the NIV for example, it shows up 29 times.  Many of those are in the Old Testament, about things not related to Jesus.  “On the third day” is a theme that occurs many times.

And it’s not three full days, as we may think today.  In the culture of the time, any portion of a day was considered “a day”.  So crucifixion at any time on Friday was the first day.  Saturday is the second day.  And rising from the dead on Sunday is the third day.

Jesus Taken Up Into Heaven

Ac 1:1 In my former book, Theophilus, I wrote about all that Jesus began to do and to teach 2 until the day he was taken up to heaven, after giving instructions through the Holy Spirit to the apostles he had chosen. 3 After his suffering, he showed himself to these men and gave many convincing proofs that he was alive. He appeared to them over a period of forty days and spoke about the kingdom of God. 4 On one occasion, while he was eating with them, he gave them this command: “Do not leave Jerusalem, but wait for the gift my Father promised, which you have heard me speak about. 5 For John baptized with water, but in a few days you will be baptized with the Holy Spirit.”

Ac 1:6 So when they met together, they asked him, “Lord, are you at this time going to restore the kingdom to Israel?”

Ac 1:7 He said to them: “It is not for you to know the times or dates the Father has set by his own authority. 8 But you will receive power when the Holy Spirit comes on you; and you will be my witnesses in Jerusalem, and in all Judea and Samaria, and to the ends of the earth.”

Ac 1:9 After he said this, he was taken up before their very eyes, and a cloud hid him from their sight.

Ac 1:10 They were looking intently up into the sky as he was going, when suddenly two men dressed in white stood beside them. 11 “Men of Galilee,” they said, “why do you stand here looking into the sky? This same Jesus, who has been taken from you into heaven, will come back in the same way you have seen him go into heaven.”

Why is it such a big deal that Jesus returned to Heaven?

Because it’s proof that He can do the same for us.  Yes – Easter is important, because in the same way it shows that God can bring us back from the dead as well.

But is that really the goal?  Do we want to come back to life only to walk in this same world?  That’s not it.  The goal is to be with God for eternity.  Whether that’s someplace in Heaven, on the new earth, the new Jerusalem – there are all sorts of ideas as to what that means and how it will all work out.

But honestly, no matter what, the goal isn’t to return right back where we died and keep on going with this fallen life in this fallen world.  To use the baseball analogy again, that would be like hitting a home run, only to have to stand there and bat again.  The only way to get out of that cycle of living, dying, living, dying, … is to either get stranded on first, second or third – or make an out.

Really – how many of us celebrate the day Jesus ascended to Heaven?  Not that many.  But honestly – isn’t that our real goal?  To be with Jesus?

Which is more important – Christmas or Easter?

Jn 14:1 “Do not let your hearts be troubled. Trust in God; trust also in me. 2 In my Father’s house are many rooms; if it were not so, I would have told you. I am going there to prepare a place for you. 3 And if I go and prepare a place for you, I will come back and take you to be with me that you also may be where I am. 4 You know the way to the place where I am going.”

Why would we want to do that?  Most likely, I’m sad to say, it’s probably because we don’t understand.  Or worse yet, we don’t even know.  We claim to be Christian.  Or maybe we hope that Jesus will consider us to be “Christian enough”.  But is that realistic, when we don’t even know what the end result is?

So yes – celebrate Christmas.  And Easter.  But don’t forget Good Friday.  And remember the day Jesus ascended to Heaven as well.  They’re all important.  Without all of them, what do we really believe?

Image by Free-Photos from Pixabay