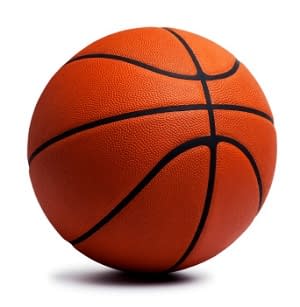 I’ve watched several of the basketball games this Olympics.

I’ve also been very surprised.
It’s been most enjoyable.

I gave up on the sport many years ago.

But watching these games is like watching some of the old time basketball,
the way it used to be.
At least the way I remember it.

Respect for the referees.  Imagine that!

Then, of course, we give kids a participation trophy to teach them about sportsmanship.

Maybe this is why some people think there won’t be sports in Heaven.

Others say there won’t be sports in Heaven because it’ll be boring.  Everyone will be perfectly good at playing whatever sport they’re in, so why bother?

But why should Heaven be like here on earth?

Indeed – why should we even try to compare Heaven with here?

Of course there won’t be sports – at least not like we play them.

However – if the game is played in Heaven – why do we think people will all be perfect?
Like every shot will be “nothing but net”
For one thing – what happened to perfect defense?
Maybe the games will be awesome – great defense and great offense.
Nail-biters right to the end.
And still respectful players before, during and after the game.
Oh yeah – the fans too.

But – what if the players aren’t perfect?
Who do we think they are – God?
What makes anyone think that in order to treat each other the way Jesus says – we all of a sudden become perfect basketball players?

Being perfect isn’t about that.

Winning ins’t everything.  It’s the only thing.

This, in spite of the participation trophies and trying to tell the kids things like –

It’s not whether you win or lose.  It’s how you play the game.

Hopefully you have a browser that supports Google Fonts Special Effects.
If this the quote below looks “ordinary” try this page in Chrome, Safari or Firefox.
The line below will tell you what I think about the Vince Lombardi quote –

Winning ins’t everything.  It’s the only thing.

What if this is sports – in Hell?

Lots of cheating.
No respect.
Fighting on the field of play.
Fighting in the stands.
Fighting after the game.

And none of it gets called.

The referees know this is what the people want – so they allow literally anything during the game.

Police to keep the fans under control?  Why? It’s what they wanted also – let them have it!

And so it goes – game after game – day after day – year after year – forever.

Because that’s what they wanted.

Sports in Heaven?  Sure,  Why not?

It’s not whether you win or lose.  It’s how you play the game.

Respect for all.
Play fairly – otherwise, there’s a lack of respect for anyone – including the fans.
Play as well as you can.  Because in Heaven that’s what matters.  We just want to see a good game.
And they will be good.  Better than good.  They’ll be great.  Really enjoyable.

One other thing to consider.

OK – maybe not quite such a tiny little thing.

If sports is so important to you that it’s #1 in your life, I suspect there’s a good chance you’re more like the Vince Lombardi type.

If God’s the #1 thing in your life – if you even care about sports at all – you’re more likely to just want to see a good game.

(BTW – I also feel like if there’s nothing in else in your life at all – what are you doing with the things that God gave us here on earth?  How do you interact with other people?  What do you do with the skills and talents that God gave you?)

Be careful what you ask for.

Especially be careful what / who is at the top of your wish list.

You are going to get something.

God will be sure it is the right thing for you.

The question is, will you still want it after you get it?

Be careful what you ask for.

Because once you leave this earth and the wish is granted, there are no returns.