Demanding the Meaning of Truth.  For those of you who are fans of either Paul Anka or Ofra Haza – you may recognize that line.  But the real issue is – what is truth?  Really.  Depending on what we think truth is – or who we ask, we’ll get different meanings of the word truth.  Like beauty, truth is in the eye of the beholder.

Demanding the meaning of truth - Part 1 is article #1 in the series: Meaning of Truth. Click button to view titles for entire series 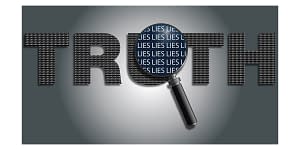 The title comes from a line in the son, Freedom for the world.  I have to say – it was impossible to find the actual words to this song. After searching through many pages from search engines, I couldn’t find a single one that actually got it right.  So – I ended up doing it from the song – keep moving it backwards on iTunes and keep listening.

Demanding the meaning of truth.  It’s an interesting song.  Full of hope – like the title words, demanding the meaning of truth.  Also full of warnings like, if we don’t get it together we’ll be gone.  Not to mention the conclusion, Look to your heart and let love lead the way.  The irony is that depending on your point of view, the words of the song lead to wildly varying meanings of truth!  We will, of course, look at it from a Christian point of view.

Not the “nominal” Christian who tends to be little more than Christian in name only.  Or from the “average” Christian, who follows the parts of Jesus’ teachings that they like, and finds ways to rationalize ignoring the things they don’t like.  Instead, we’ll look at it from the point of view of the way Christians are actually taught to live.  A way that none actually achieve, other than Jesus Himself.

This isn’t intended so much as a critique, as it is a focus on the goals.  It will look at the words in this song to try to view it from a Biblical, New Testament, point of view.  As I said, not completely possible for us in this fallen world, but the way we should try to interpret it and live our lives.

Freedom for the world

So, the opening words for the song are”


Here in Part 1 of the series, let’s look at the first five lines in the song.


OK – so we want freedom –
we want out voices heard –
we want to be able to make choices –
and we want to know the truth.

Maybe we want freedom.  Although, it depends on what we mean by freedom.

Do we have a nation of voices?  Or do we live someplace where the individual’s “voice” is determined by the nation?

We want to be able to make choices.  But then, what choices and with what consequences?

Depending on how we answer those and other questions, the “truth” that we’ll come to know is very different.

Most of you, depending on how you’re “reading” this, will notice that the text changed to a different font and is now brown instead of black.  There’s a reason for that.  I wrote the first version of this back in January 2012.  It’s now September 2019.  More than seven years later.  A lot has changed.  I’ve changed.  Seven years ago, I didn’t include any of the stuff that’s in this brown formatted text.

As you read, you’ll see that the original version did raise some of those questions, to some extent.  But now, as I come to realize just how far even “Christian” leaders in our government are from what Christ actually taught, those questions take on much more urgency.  I feel like we, Christians, tend to look way too much to the wrong people and the wrong places to find out about our religion.

I know this is generally a Christmas passage, but it’s relevant and important in a whole lot of other instances.

To Us a Child Is Born

Isa 9:1 Nevertheless, there will be no more gloom for those who were in distress. In the past he humbled the land of Zebulun and the land of Naphtali, but in the future he will honor Galilee of the Gentiles, by the way of the sea, along the Jordan—

Isa 9:2 The people walking in darkness
have seen a great light;
on those living in the land of the shadow of death
a light has dawned.

Isa 9:3 You have enlarged the nation
and increased their joy;
they rejoice before you
as people rejoice at the harvest,
as men rejoice
when dividing the plunder.

Isa 9:4 For as in the day of Midian’s defeat,
you have shattered
the yoke that burdens them,
the bar across their shoulders,
the rod of their oppressor.

Isa 9:5 Every warrior’s boot used in battle
and every garment rolled in blood
will be destined for burning,
will be fuel for the fire.

Isa 9:6 For to us a child is born,
to us a son is given,
and the government will be on his shoulders.
And he will be called
Wonderful Counselor, Mighty God,
Everlasting Father, Prince of Peace.

Isa 9:7 Of the increase of his government and peace
there will be no end.
He will reign on David’s throne
and over his kingdom,
establishing and upholding it
with justice and righteousness
from that time on and forever.
The zeal of the LORD Almighty
will accomplish this.

Let’s look at three things in particular from that passage.

In case you think maybe I’ve gone a little overboard with this, check out what Jesus Himself said.

Jn 18:28 Then the Jews led Jesus from Caiaphas to the palace of the Roman governor. By now it was early morning, and to avoid ceremonial uncleanness the Jews did not enter the palace; they wanted to be able to eat the Passover. 29 So Pilate came out to them and asked, “What charges are you bringing against this man?”

Jn 18:31 Pilate said, “Take him yourselves and judge him by your own law.”
“But we have no right to execute anyone,” the Jews objected. 32 This happened so that the words Jesus had spoken indicating the kind of death he was going to die would be fulfilled.

Jn 18:33 Pilate then went back inside the palace, summoned Jesus and asked him, “Are you the king of the Jews?”

Jn 18:35 “Am I a Jew?” Pilate replied. “It was your people and your chief priests who handed you over to me. What is it you have done?”

Jn 18:36 Jesus said, “My kingdom is not of this world. If it were, my servants would fight to prevent my arrest by the Jews. But now my kingdom is from another place.”

Jn 18:37 “You are a king, then!” said Pilate.
Jesus answered, “You are right in saying I am a king. In fact, for this reason I was born, and for this I came into the world, to testify to the truth. Everyone on the side of truth listens to me.”

Jn 18:38 “What is truth?” Pilate asked. With this he went out again to the Jews and said, “I find no basis for a charge against him. 39 But it is your custom for me to release to you one prisoner at the time of the Passover. Do you want me to release ‘the king of the Jews’?”

Jn 18:40 They shouted back, “No, not him! Give us Barabbas!” Now Barabbas had taken part in a rebellion.

There are three things I want to point out from that passage.

The fact that Pilate, the Roman Governor, recognizes what’s happening, should tell us something.  If we claim to be Christian but don’t see it, then we have to examine ourselves.  Not only that, but we need to do what David did.

Ps 139:24 See if there is any offensive way in me,
and lead me in the way everlasting.

Yes, we need God to examine our hearts.  It’s way too easy to lie to ourselves.  As Christians, we have the Holy Spirit.  We must take advantage of that.  Allow the Holy Spirit to search our hearts.  Listen to what He tells us.  And finally, do something about it.  Begin to change our lives.  Transition from the way we live to the way we know we should live.

Of course, that starts with what’s in our heads and especially our hearts.  Part of that involves what comes to our minds and what feelings come from our hearts when we hear / read the words:

Even in the short time thinking about what you’ve just read, do you feel yourself with any different emotions or thoughts about those words?

Next up, in part 2, will be a first look at the title words –

Demanding the meaning of truth

If you haven’t read it yet, you may also be interested in checking out The problem of truth.

Image by OpenClipart-Vectors from Pixabay