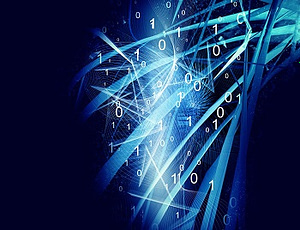 If the experiment was meant to silence the critics, it didn’t. Four years ago, an upstart tech company created a stir when it claimed to have built a quantum computer—a thing that, in principle, could solve problems ordinary computers can’t.

This is the lead in from a Science Magazine article called Controversial Computer is at least a Little Quantum Mechanical. (sorry, but the article is no longer available.)  If you haven’t read it yet, you can get a little feel for what quantum mechanics is and how it relates to what’s talked about on this site by reading quantum immortality, which I wrote a few months ago.

Basically, the article on quantum computers is about whether this company called D-Wave Research has accomplished it’s goal of creating a quantum computer. What easily gets lost is what this is really about. What isn’t even brought up is the potential impact of this.

First – what gets easily lost:

Physicists have been trying to develop quantum computers for more than a decade. An ordinary computer deals with bits that encode a 0 or a 1. As first conceived, a quantum computer would use subatomic particles or other quantum objects as “qubits” that could encoded 0, 1, or, thanks to the weird rules of quantum mechanics, both 0 and 1 at the same time. What’s more, a string of qubits in that strange state could encode every possible combination of 1 and 0 values at the same time. As a result, a quantum computer could process myriad inputs at once and crack problems that would overwhelm a conventional computer. However, that approach to quantum computing, called the “gate model,” presents many unresolved practical problems, as scientists must maintain and manipulate the delicate quantum state of many qubits. <bold added for emphasis>

The whole design of computers in the past has been about changing electrical (or mechanical before that) states to perform calculations It was either on or off – open or closed – one or zero. And to do anything at all required a continuous change of these states until all of the calculations were finished. With computers as fast as they are today – many things seem pretty much instantaneous. At least the things most people do. In the business world, many still takes hours or days. In the arena of scientific research, that easily goes to weeks, months, and even more.
These folks are talking about a computer that can be every possible combination of these on / off states at one time! That’s just amazing.

Next – what’s not even brought up:

The reason people starting trying to build something like a computer was to do things faster than we can do them ourselves. The very first was a tabulating machine built by Herman Hollerith to process data for the U. S. Census in 1890. The previous census took 7 years to count – and they wanted something faster.
Did this machine do anything truly new? No. It just counted faster.

And not much has really changed as far as that goes.
Computers still haven’t done anything really “new”. They haven’t invented anything. They do some amazing things, to be sure. Things that we couldn’t do without taking a whole lot more time. And they bring a degree of accuracy to mechanical operations that is difficult to match for a human. But still – they don’t do anything other than what their human “creators” tell them to do – which means we have to know how to do these things first.

And, they don’t have all of our characteristics – for instance they have no conscience – they don’t know right from wrong – they feel no pain and they can’t “think” (in spite of what 2001 A Space Odyssey may like to portray).

So – where does this go?

Does the previous description sound a little familiar? People “create” computers that can do some of the things that we can do.

Ge 1:27 So God created man in his own image,
in the image of God he created him;
male and female he created them.

But – can we believe this is possible with God?

There’s always this question about whether God is all knowing – or all controlling.
When God said the words below to Jeremiah –

The Call of Jeremiah

Jer 1:4 The word of the LORD came to me, saying,
Jer 1:5 “Before I formed you in the womb I knew you,
before you were born I set you apart;
I appointed you as a prophet to the nations.”

– did God make everything happen from the very beginning up to this point in time –
or did God just know that a prophet was going to be needed and so He had Jeremiah for this time?

Jn 3:16 “For God so loved the world that he gave his one and only Son, that whoever believes in him shall not perish but have eternal life. 17 For God did not send his Son into the world to condemn the world, but to save the world through him. 18 Whoever believes in him is not condemned, but whoever does not believe stands condemned already because he has not believed in the name of God’s one and only Son. 19 This is the verdict: Light has come into the world, but men loved darkness instead of light because their deeds were evil. 20 Everyone who does evil hates the light, and will not come into the light for fear that his deeds will be exposed. 21 But whoever lives by the truth comes into the light, so that it may be seen plainly that what he has done has been done through God.”

– did God control everything from the very beginning up to this point – or did God just know that Jesus was going to be needed and so He had Jesus for this time?

In the Book of Revelation, when John writes –

Rev 4:1 After this I looked, and there before me was a door standing open in heaven. And the voice I had first heard speaking to me like a trumpet said,“Come up here, and I will show you what must take place after this.”

– did God control everything from the very beginning to the very end,
or did God just know that things were going to go the way they did
and that these things would have to take place in the end?

It comes down to 2 things.

Free will.
An all knowing God.

An all knowing God can certainly know ahead of time everything that is going to happen.
An all powerful God can certainly ensure that in the end – His will is done.
And a loving God created us with free will – rather than create robots that mindlessly do everything –
and He created us with free will because He wanted us to love Him in return –
If we chose to, not because He made us do it.

Does that mean that God is a quantum computer?
No – not at all.

Remember the part about love – feelings – not being in the computer?
It’s not in us to the degree that it is in God.
And it gets lost totally in the process of us making computers.

The point of this isn’t even to say that somehow God operates as a quantum computer with feelings and love.

The point is to show that there is a way – emphasis on “a” way – for even us humans to simulate an environment where all possible states of something can be known at one time.

If you look at love as an example – how it’s strength weakens so much from God to His creation (us) – and is totally gone in our creations (computers) – and then translate that into the world of quantum mechanics and quantum computers – think about what’s lost there!

The fact that we can think of quantum computers – and even start to build them – that’s amazing enough.
It shows, if nothing else – that the concept of knowing all possible states at one time can happen.

Now take that to another level – what can God – who created us – what can He do?

No human mind will ever know.

It’s amazing to me that we can think so highly of our “creations” – like believing we can create a machine that can “know” all possible states of “everything” at the same time –
but we can’t bring ourselves to even entertain the idea that maybe we were ourselves created by a being superior to us that’s already fully capable of doing what we only dream about doing.

Given that Heaven will be more than we can ever dream of – one of the things that I dream of is learning how things like this “really” work.
And best of all, learning them from the One who really created them.  And put them to use.