The Alpha protects them all! 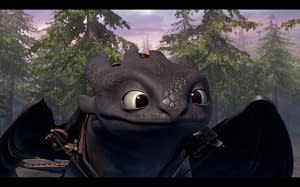 Ps 12:5 “Because of the oppression of the weak
and the groaning of the needy,
I will now arise,” says the LORD.
“I will protect them from those who malign them.”
Ps 12:6 And the words of the LORD are flawless,
like silver refined in a furnace of clay,
purified seven times.

The Alpha protects them all!

Like in the first one – I’d still love it if we really got to ride creatures like Toothless in Heaven.  It’s supposed to be an amazing place, Heaven.  That’d be one of the many amazing things I can imagine there.  People and God’s various creatures living the way we were supposed to originally.

Anyway – back to the Alpha and protection.

I’m in the middle of doing a series on The Lord’s Prayer – literally in the middle of Hallowed be Your Name – so maybe that’s why the line about The Alpha protects them all! reminded me of God.  SO i’m putting that on hold for today – and writing this one.

Throughout the Bible, we read of God’s love for His people, His concern for us, and His promise to take care of us – to protect us.

Early on in the movie, we hear Stoick, the chief of Berk, saying –

A chief protects his own!

Later, when Stoick is dead and Hiccup is the new chief, and things are looking really bad for the little group of Vikings, Hiccup says –

I uh… I was so afraid of becoming my dad. Mostly because I thought I never could. How do you become someone that great, that brave, that selfless? I guess you can only try.
A chief protects his own.
We’re going back.

Things get worse before they get better.
The final battle appears to be lost.

But Hiccup shows his love for Toothless –
Toothless responds and breaks the spell over him by the current Alpha dragon who is being controlled by the bad guy.
Toothless decides to attack the current alpha.
He even has to protect Hiccup from what seemed like certain death.
Toothless then really goes on the offensive – releases the rest of the dragons from the spell of the current alpha –
and after suffering significant injury – that alpha swims away –
with a new Alpha taking his place.
Toothless.

Like I said – not that Toothless is God in any way.

But look at what happens with Hiccup.  After Toothless killed Stoick, there appeared to be a moment when Toothless wanted to go back to Hiccup.  But Hiccup forced him away.  And then Toothless was gone.  Later – Hiccup goes back to regain what he had with Toothless – and attempted to be the chief and protect his people.

And yet – it wasn’t Hiccup who saved the people.  It was Toothless.  Who became the new alpha.  And that only because of Hiccup’s love for his friend Toothless – the Night Fury Dragon.

And so – the alpha protected his people.  People who loved him.

And in yet another reference from the Bible – I see one more reminder of God and His relationship with and love for those who love Him.  In the Book of Revelation – we read –

In a sense – although with different meanings –
Toothless was the alpha (the dominant one, not the first one)
and he was the omega (the one who ended that battle – although I certainly hope there will be another HTTYD movie)
who saved his people.

God –
is the alpha – first and most powerful
is the omega – last and will have things His was
who saves His people.

Ge 1:26 Then God said, “Let us make man in our image, in our likeness, and let them rule over the fish of the sea and the birds of the air, over the livestock, over all the earth, and over all the creatures that move along the ground.”

So yes – enjoy the movie.  I really liked it.

But also – see what’s beyond it.  See if there isn’t something of God coming out of the people who wrote, directed, had something to do with the movie.

Something of His love.

Something of His protection.

Ge 1:27 So God created man in his own image,
in the image of God he created him;
male and female he created them.

2Th 3:1 Finally, brothers, pray for us that the message of the Lord may spread rapidly and be honored, just as it was with you. 2 And pray that we may be delivered from wicked and evil men, for not everyone has faith. 3 But the Lord is faithful, and he will strengthen and protect you from the evil one. 4 We have confidence in the Lord that you are doing and will continue to do the things we command. 5 May the Lord direct your hearts into God’s love and Christ’s perseverance.

But the Lord is faithful, and he will strengthen and protect you from the evil one.

Do you believe that?

Do you see it in your life?