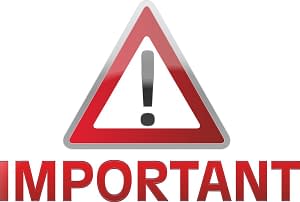 The excerpt below is from a Dallas Willard book, titled The Divine Conspiracy: Rediscovering Our Hidden Life in God.

The life and words that Jesus brought into the world came in the form of information and reality. He and his early associates overwhelmed the ancient world because they brought into it a stream of life at its deepest, along with the best information possible on the most important matters. These were matters with which the human mind had already been seriously struggling for a millennium or more without much success. The early message was, accordingly, not experienced as something its hearers had to believe or do because otherwise something bad—something with no essential connection with real life—would happen to them. The people initially impacted by that message generally concluded that they would be fools to disregard it. That was the basis of their conversion.  [1]From Copyright © 1997 by Dallas Willard. All rights reserved. Used with permission of HarperCollins Publishers.

What’s important to you?

He (Jesus) and his early associates overwhelmed the ancient world because they brought into it a stream of life at its deepest, along with the best information possible on the most important matters.

Actually, the best information possible is the words of Jesus.  And look how people responded to Jesus when He spoke.

The Wise and Foolish Builders – Matthew

Did you catch how that passage ended?

Again, one who had authority.

Maybe you’re thinking, of course Jesus spoke with authority.  He’s Jesus!  What about someone else?  How about this next passage?

The Holy Spirit Comes at Pentecost

Ac 2:1 When the day of Pentecost came, they were all together in one place. 2 Suddenly a sound like the blowing of a violent wind came from heaven and filled the whole house where they were sitting. 3 They saw what seemed to be tongues of fire that separated and came to rest on each of them. 4 All of them were filled with the Holy Spirit and began to speak in other tongues as the Spirit enabled them.

Ac 2:5 Now there were staying in Jerusalem God-fearing Jews from every nation under heaven. 6 When they heard this sound, a crowd came together in bewilderment, because each one heard them speaking in his own language. 7 Utterly amazed, they asked: “Are not all these men who are speaking Galileans? 8 Then how is it that each of us hears them in his own native language? 9 Parthians, Medes and Elamites; residents of Mesopotamia, Judea and Cappadocia, Pontus and Asia, 10 Phrygia and Pamphylia, Egypt and the parts of Libya near Cyrene; visitors from Rome 11 (both Jews and converts to Judaism); Cretans and Arabs—we hear them declaring the wonders of God in our own tongues!” 12 Amazed and perplexed, they asked one another, “What does this mean?”

OK – some people were curious.  Others thought they were drunk.  Jesus’ disciples don’t seem to be off to a good start.

But look what ended up happening.

Ac 2:14 Then Peter stood up with the Eleven, raised his voice and addressed the crowd: “Fellow Jews and all of you who live in Jerusalem, let me explain this to you; listen carefully to what I say. 15 These men are not drunk, as you suppose. It’s only nine in the morning! 16 No, this is what was spoken by the prophet Joel:

Peter goes on to talk about the prophet Joel.

Ac 2:37 When the people heard this, they were cut to the heart and said to Peter and the other apostles, “Brothers, what shall we do?”

Ac 2:38 Peter replied, “Repent and be baptized, every one of you, in the name of Jesus Christ for the forgiveness of your sins. And you will receive the gift of the Holy Spirit. 39 The promise is for you and your children and for all who are far off—for all whom the Lord our God will call.”

Ac 2:40 With many other words he warned them; and he pleaded with them, “Save yourselves from this corrupt generation.” 41 Those who accepted his message were baptized, and about three thousand were added to their number that day.

So Peter spoke to the crowd that started as curious or probably laughing at him and the other disciples.  And by the time he was finished speaking, about 3,000 of them got baptized.

What’s important to you?  Anything Peter said?

I really hope you don’t just go along with the crowd.  After all, the crowd’s not always right.  In fact, the crowd Peter spoke to included some of the very same people who were responsible for Jesus being crucified.  Peter actually said to the crowd – “Therefore let all Israel be assured of this: God has made this Jesus, whom you crucified, both Lord and Christ.”.

So what about today?  Is there anyone around like Peter.  Well – yes and no.  Obviously, there’s no human being alive today that walked around and learned directly from Jesus during His three years of preaching on this earth.

But here’s the thing about how Peter was able to speak like he did.

Jesus Taken Up Into Heaven

Ac 1:1 In my former book, Theophilus, I wrote about all that Jesus began to do and to teach

Ac 1:2 until the day he was taken up to heaven, after giving instructions through the Holy Spirit to the apostles he had chosen.

Ac 1:3 After his suffering, he showed himself to these men and gave many convincing proofs that he was alive. He appeared to them over a period of forty days and spoke about the kingdom of God.

Ac 1:4 On one occasion, while he was eating with them, he gave them this command: “Do not leave Jerusalem, but wait for the gift my Father promised, which you have heard me speak about.

Ac 1:6 So when they met together, they asked him, “Lord, are you at this time going to restore the kingdom to Israel?”

Ac 1:7 He said to them: “It is not for you to know the times or dates the Father has set by his own authority.

Ac 1:8 But you will receive power when the Holy Spirit comes on you; and you will be my witnesses in Jerusalem, and in all Judea and Samaria, and to the ends of the earth.”

Ac 1:9 After he said this, he was taken up before their very eyes, and a cloud hid him from their sight.

Ac 1:10 They were looking intently up into the sky as he was going, when suddenly two men dressed in white stood beside them.

Ac 1:11 “Men of Galilee,” they said, “why do you stand here looking into the sky? This same Jesus, who has been taken from you into heaven, will come back in the same way you have seen him go into heaven.”

Remember earlier, we read about the Holy Spirit, given to the disciples on Pentecost.  The passage above is Jesus telling His disciples to wait until that day.  They weren’t to go out and speak about the Gospel until after they received the Holy Spirit.  And when they did, they were able to do things that totally eluded them before that.  In other words, it wasn’t the physical presence of Jesus that made them able to do what they did after His death.  Rather, it was the presence of the Holy Spirit in them.

What’s important to you?  Right now.

If you followed along with the sequence above, we should be able to address people just like Peter did.  But it pretty much doesn’t happen.

The question is, why not?

For one thing, we don’t / won’t / can’t talk about Joel’s prophecy.  That’s a topic for another day.  It’s too long to put in here.  But I made a note to write on it and then put a link here when it’s done.

Another thing is that we don’t all have pastors who can deliver the message like Peter did.  Some are just too boring for us.  Too long-winded.  Don’t give enough detail.  Whatever.  Truth is, some of these re real issues.  But others are more like our issues, because of the third problem.

And that third problem is, Christianity just isn’t that important to us.

Conclusion – what’s important to you?

There are numerous reasons why Christianity isn’t that important to us.  We’re too busy.  Too “smart”.  We don’t have the foresight to think about next year, let alone the next life.  All sorts of things.

But the end effect is what Dallas Willard wrote:

The people initially impacted by that message generally concluded that they would be fools to disregard it. That was the basis of their conversion.

But today, everything’s turned around.  For the reasons above, and for other reasons like peer pressure, we feel like we’d be fools to regard it.

That’s right.  Instead of Christianity being important enough to not pay attention to – too many of us have reached the point where we feel like fools to pay any attention to it at all.  Or not so much attention to it that our friends might think we’ve gone over the edge.

It’s odd, considering that so many people seem to be concerned about what happens after this life.  And yet the one religion with the best information and the best answer to that question isn’t important enough anymore.

Image by Pixaline from Pixabay