Why do you live? The economy or God?  Really, that question comes down to who’s your “god”?  Do you live for the god of money – the economy?  Or for the God of the Bible?  It’s a question that starts at the top – sort of.  With our president – Trump.  And now it’s filtering down through our governmental leaders.  Which brings in yet another “god” – the god of government. 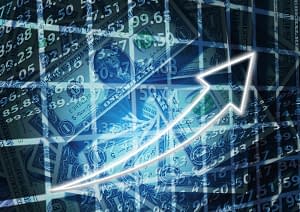 In spite of the fact that Trump calls himself the greatest president ever for Christians, there has to be a question as to who is his real “god”.  And now, enter Dan Patrick, Lt. Governor of Texas.  A Republican.  Let’s look at a news article on msn.com, titled Dan Patrick says he is willing to risk his own life to allow  [the] economy to resume.

After President Trump signaled his intent Monday to soon lift restrictions on public activity in the U.S., Texas Lt. Gov Dan Patrick said on Fox News he agrees with the president and would be willing to risk his own life to return to normal conditions.

Given that, who is Patrick’s “god”?  Granted, that’s a writer’s conclusion from what Patrick said.  So let’s see what his actual words were.

“No one reached out to me and said, as a senior citizen, are you willing to take a chance for your survival in exchange for keeping the America that all America loves for your children and grandchildren? And if that’s the exchange, I’m all in.”

“I just think there are lots of grandparents out there in this country like me — I have 6 grandchildren — that, what we all care about, and what we love more than anything are those children. And I want to live smart and see through this but I don’t want the whole country to be sacrificed.”

The god of the economy

In the middle of all that, he says what we love more than anything are those children.  If you’re not Christian, that’s not a surprising statement.  Well, not too surprising.  The thing is, it ignores the apparent reality that we’re seeing in countries like Italy.  Failing to deal with Covid-19 quickly means more people will die.  And while the children don’t die most of the time, their parents and grandparents will.  What kind of love is that?  Rich, but potentially orphaned?

The God of the Bible

For those of you who are Christians, is the economy really more important than the parents?  And the grandparents?  In other words, while a grandparent may be willing to risk their own lives for the financial well being of the grandchildren, is that what Jesus taught?

This may sound a bit odd at first, but do you remember the rich young ruler?  Yeah – the one who walked away from Jesus.  Here’s a refresher.

Lk 18:18 A certain ruler asked him, “Good teacher, what must I do to inherit eternal life?”
Lk 18:19 “Why do you call me good?” Jesus answered. “No one is good—except God alone. 20 You know the commandments: ‘Do not commit adultery, do not murder, do not steal, do not give false testimony, honor your father and mother.’’”
Lk 18:21 “All these I have kept since I was a boy,” he said.
Lk 18:22 When Jesus heard this, he said to him, “You still lack one thing. Sell everything you have and give to the poor, and you will have treasure in heaven. Then come, follow me.”
Lk 18:23 When he heard this, he became very sad, because he was a man of great wealth. 24 Jesus looked at him and said, “How hard it is for the rich to enter the kingdom of God! 25 Indeed, it is easier for a camel to go through the eye of a needle than for a rich man to enter the kingdom of God.”
Lk 18:26 Those who heard this asked, “Who then can be saved?”
Lk 18:27 Jesus replied, “What is impossible with men is possible with God.”
Lk 18:28 Peter said to him, “We have left all we had to follow you!”
Lk 18:29 “I tell you the truth,” Jesus said to them, “no one who has left home or wife or brothers or parents or children for the sake of the kingdom of God 30 will fail to receive many times as much in this age and, in the age to come, eternal life.”

Is dying for the economy good for the grandchildren?

So, did you see the part I’m talking about? It’s:

no one who has left home or wife or brothers or parents or children for the sake of the kingdom of God will fail to receive many times as much in this age and, in the age to come, eternal life.

It’s about leaving children, or others, for the sake of the kingdom of God.  By the way, “left” doesn’t just mean walking away from.  Not even “just” dying.  There’s some meaning behind it.

Now, for us Americans, we learn that pretty much everything has one best meaning.  Of course, that means we can ignore the rest of them.  Among many problems with that kind of thinking is one really big one.  That’s not the way the folks Jesus spoke to did things.  They looked at all the possibilities, only ruling out the ones that couldn’t possibly be correct.  Their objective was to not put God in a box and limit Him to their one best meaning.

Therefore, that means we should include things like to desert wrongfully and leave destitute.  Kind of strong wording, isn’t it?  But that doesn’t make it incorrect.  Here’s why.

Mt 6:5 “And when you pray, do not be like the hypocrites, for they love to pray standing in the synagogues and on the street corners to be seen by men. I tell you the truth, they have received their reward in full. 6 But when you pray, go into your room, close the door and pray to your Father, who is unseen. Then your Father, who sees what is done in secret, will reward you. 7 And when you pray, do not keep on babbling like pagans, for they think they will be heard because of their many words. 8 Do not be like them, for your Father knows what you need before you ask him.

Mt 6:10 your kingdom come,
your will be done
on earth as it is in heaven.

for your Father knows what you need before you ask him

Yes – if God already knows what we need, do we really need to jeopardize lives in order to keep the economy that’ll make Trump happy?  Or should we also keep in mind that as Christians, we pray Mt 6:11 Give us today our daily bread?

Maybe we don’t get what we want, but we get what we need.  How we react to that says a lot about who our god is.  Do we worship the God of the Bible?  Or the god of the economy?

Really?  Dying for the economy leaves children and grandchildren destitute?  Well, yes it could.  We already looked at the reality of going back to work early makes the parents more likely to die of the virus.

Remember the Great Commission?  Here it is, just in case you need it.

Children and grandchildren are among those for whom we should do the Great Commission.  It’s not just something for people in other countries.  It’s for our loved ones as well.  We tend to ignore parts of the Great Commission, but there’s more to it than just baptizing them.  Jesus also said, teaching them to obey everything I have commanded you.  Question: if the grandparents and parents are dead, who’s going to do that?  Answer:  whoever they happen to get put with in the great american system.  Do we really think that’s not possibly going to result in leaving those grandchildren spiritually destitute?

Conclusion – Why do you live? The economy or God?

Mt 6:24 “No one can serve two masters. Either he will hate the one and love the other, or he will be devoted to the one and despise the other. You cannot serve both God and Money.”

As Christians, God should be our god.  Not money.  Not our job.  And not the government.  Or the economy.  God.

Image by Gerd Altmann from Pixabay