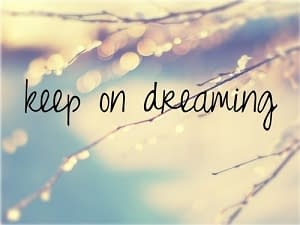 But what if you die in your dream?

Have you ever died in one of your dreams?

Is it even possible to die in your own dream?

It happened to me a couple nights ago – so it made me curious.
I’d always heard that it’s impossible to die in your own dream –
that the fear of dying would wake you up before you actually died –
and so the dream would end just before the moment of death –
and then you’d wake up – alive, but probably with some amount of fear.

That scenario is something I’ve experienced many times –
waking up just before it happened –
and kind of shaken by the experience.
But the other night was different .

So I decided to check it out.
I’ve found all sorts of studies that take every possible position –

In any case –
wherever the authors felt that it was possible to die in the dream –
there was also the concept of fear being involved –
increased heart rate –
faster breathing –
some sort of feeling both emotional and physical about the fear of dying.

But that didn’t happen to me either.

So – what did happen?

I was in some foreign country – don’t know where, just that it wasn’t home –
I was helping people –
someone didn’t like what I was doing –
I was captured –
then I was told to lay down & I was shot.
I remember thinking – “This is starting to hurt” – as the bullet hit me.

No fear – no panic – not even much pain – just “This is starting to hurt”.

But before the thought even finished –
there was no more pain at all –
and I was in Heaven.

For a while, I was just thanking God –
that I was in Heaven – that He saved me.

It was all very peaceful.

Then I saw my wife – who was already there.
(She’s still alive and well in this life)
She started telling me about what Heaven was like and how we could do all these things that we weren’t capable of in this life on earth.

Then I woke up.

What to make of this?

There could be different conclusions from this –
maybe try to read into it something about Heaven –
maybe something about whether I die after my wife –
probably a bunch of other things.

For me – it reminded me of Matthew 10:28 – where Jesus is talking to His disciples before sending them out to start their ministry –

What follows immediately below are things from work.
Now – I’m retired, after being forced out by a VP who needed to save his own job.

I just now looked back for what I wrote during / after that experience, and found that I’d written something, but for whatever reason never published it.  I’m sure God has a reason for me never hitting that publish button.  After I finish updating this one and another related to it – I’ll go back and check that one out..  I’ll put a link in here, as well as one that’s also being brought over from the old site – “why do bad things happen?

If you’d like to get an email when they show up, please follow this site using one of the links at the top / right of this page.

Things haven’t exactly been going smoothly as of late –
lots of things happening. If you’re not a regular reader – you can check out this previous article that talks about some of them. After these events, there was also a problem at work where an outside contractor made a huge mistake and caused a project that should have taken 8 hours over two days to turn into a 5 day long disaster.

Some might say that after this – maybe I just want to die and get away from it all.
But that’s not the case.
I have felt like that in the past, so I know what it feels like.  This wasn’t it.
I have a lot that I still want to do here – and lots of reasons to not go yet.
I don’t feel like God’s done with me.

So my feeling about this –
It’s a reminder to me –
don’t be afraid of these things that are happening.
they can’t take God away from me –
they can’t prevent me from receiving God’s promise of salvation and everlasting life.

And the fact that this whole dream was just so peaceful and not the least bit scary –
I think that shows I really believe it.

Something else I’ve learned updating this – it’s good to go back and re-read these.  To be reminded of where I’ve been, where I am now, and where I might be going.  I had totally forgotten about this ever happening.  I know sometimes we try to forget about the bad times.  Seems like I usually fail miserably on that  – but I did forget this one.  Which also means I forgot what I’d learned from it.  Guess that’s why they say “those who forget history are doomed to repeat it”.  Then we have to keep re-learning lessons.

Jn 14:23 Jesus replied, “If anyone loves me, he will obey my teaching. My Father will love him, and we will come to him and make our home with him.
Jn 14:24 He who does not love me will not obey my teaching. These words you hear are not my own; they belong to the Father who sent me.
Jn 14:25 “All this I have spoken while still with you.
Jn 14:26 But the Counselor, the Holy Spirit, whom the Father will send in my name, will teach you all things and will remind you of everything I have said to you.
Jn 14:27 Peace I leave with you; my peace I give you. I do not give to you as the world gives. Do not let your hearts be troubled and do not be afraid.
Jn 14:28 “You heard me say, ‘I am going away and I am coming back to you.’ If you loved me, you would be glad that I am going to the Father, for the Father is greater than I.
Jn 14:29 I have told you now before it happens, so that when it does happen you will believe.
Jn 14:30 I will not speak with you much longer, for the prince of this world is coming. He has no hold on me,
Jn 14:31 but the world must learn that I love the Father and that I do exactly what my Father has commanded me. “Come now; let us leave.

Jn 14:26 But the Counselor, the Holy Spirit, whom the Father will send in my name, will teach you all things and will remind you of everything I have said to you.

I recently read The Forgotten God, by Francis Chan – about the third person of the trinity. You know – The Father, The Son, and The Holy Spirit.
It’s an awesome book.  If you haven’t read it yet, I highly recommend it.
The Holy Spirit can be kind of scary – for various reasons.
But in a lot of churches – and a lot of people – The Holy Spirit is kind of left out.
We talk about God the Father –
We talk about Jesus – the Son –
and sometimes about the “still small voice”.

Jn 14:26 But the Counselor, the Holy Spirit, whom the Father will send in my name, will teach you all things and will remind you of everything I have said to you.

I look at this dream as something from the Counselor – the Holy Spirit –
to remind me of what Jesus said –
but maybe even more importantly to show me that I do believe –
that I’m not just blindly going through life and accepting whatever comes my way as some form of punishment – karma – trials from God – whatever –
but that for whatever reasons these things are happening –
I do believe in and have accepted the peace that Jesus offers to us.

I get tired from spending so much time and energy dealing with things sometimes.
I would be quite happy if it would all stop and there could be more calm in my life.
But I can say that I’m not afraid.

A few months ago, I was having breakfast with the Senior Pastor at church.  We were talking about some of the stuff that’s going on – still – four and a half years later.  I said I can’t help but feel that at least some of it was from Satan, and if I stopped doing what I was doing with things like teaching at church and writing – maybe Satan would leave me alone and things wouldn’t keep happening to people around me (and even our pets).  I know there will be problems in life – everyone has them.  But they just keep happening and keep going.  He asked if I would ever consider stopping.  I told Him I couldn’t stop.  Not after what Jesus has done for us.  How can I not be willing to do the little bit I’m doing?

I guess that means I did at least remember the lesson from this dream – even if I forgot the dream?

How about you?
If you can’t say the same right now – ask God to help you out.
He will –

Mt 7:7 “Ask and it will be given to you; seek and you will find; knock and the door will be opened to you.
Mt 7:8 For everyone who asks receives; he who seeks finds; and to him who knocks, the door will be opened.
Mt 7:9 “Which of you, if his son asks for bread, will give him a stone?
Mt 7:10 Or if he asks for a fish, will give him a snake?
Mt 7:11 If you, then, though you are evil, know how to give good gifts to your children, how much more will your Father in heaven give good gifts to those who ask him!
Mt 7:12 So in everything, do to others what you would have them do to you, for this sums up the Law and the Prophets.