The race to retirement is one we can all win

I saw this on a billboard yesterday.  My first thought was – “No way!”

My second thought was – “Well maybe.” 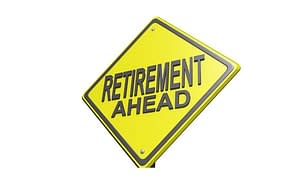 The sign, of course, was meant to say that with a proper saving / investment strategy, we can all win the race to retirement.  This – as much as some might like to believe it – just isn’t true.

I know people who actually have full time jobs, but have to make decisions between eating healthy food, saving, and health care.  Let me tell you – the saving doesn’t come in first.  Or second.

When I was in college – it’s been a long time – I used to work at an auto parts store.  I was part time, obviously, since I was going to school.  But I worked 2 or 3 part time jobs most of the time.  It was the only way I could buy food and pay rent.
Health care?  That was free, fortunately, since it was provided by the university for students with very little charge for prescriptions.
Saving? Forget about retirement.  I often ended up with one dollar in my pocket at the end of the month and just enough in the bank to keep my minimum balance.
And that was going to a state school, so it would be cheaper and I could actually graduate with no debt.

These days, the cost of living has gone up much faster than the minimum wage since when I was in college.  Back then, at the auto parts store, most of the full time people had to work 50 to 60 hours a week just to be able to afford to live.  I can’t imagine what it’s like now.  Too many people are forced to work part time, rather than full time.  No benefits that way.  Also, no overtime.  Much less money coming in.  Exactly where are they supposed to get the money for a retirement strategy?  They can barely afford a place to live and put decent food on the table.  And let’s not forget, many of them have kids.  They need health care – but need to get assistance for both the food and the healthcare.  Retirement?  It’s a dream for them – or more likely a nightmare – because they just can’t.

No – winning the retirement race is just flat out impossible for many people.  The sign is just letting them know that apparently, they don’t count – because they can’t even get in the race, let alone win it.

However, there is a different kind of “retirement race” that everyone could win.

Notice, I didn’t say they will win.
Because they won’t.
They’ll choose not to win.
Many will choose to not even compete.
Unlike the traditional “retirement race” – at least everyone can enter this one.
And unlike that traditional “retirement race” – the ones that don’t enter are doing it by choice, as opposed to not being able to afford the entry fee.

So – what is this other “retirement race”?

Here are some clues –

“Do you not know that in a race all the runners run, but only one gets the prize? Run in such a way as to get the prize. 25 Everyone who competes in the games goes into strict training.”

“I have fought the good fight, I have finished the race, I have kept the faith.”

If you recognize these quotes – then you should understand where I’m going with this.

If you don’t recognize them, this is really for you.
This “retirement race” is much more important than the one intended to be portrayed by the billboard.

Here are the two quotes, in context –

1Co 9:24 Do you not know that in a race all the runners run, but only one gets the prize? Run in such a way as to get the prize. 25 Everyone who competes in the games goes into strict training. They do it to get a crown that will not last; but we do it to get a crown that will last forever. 26 Therefore I do not run like a man running aimlessly; I do not fight like a man beating the air. 27 No, I beat my body and make it my slave so that after I have preached to others, I myself will not be disqualified for the prize.

2Ti 4:6 For I am already being poured out like a drink offering, and the time has come for my departure. 7 I have fought the good fight, I have finished the race, I have kept the faith. 8 Now there is in store for me the crown of righteousness, which the Lord, the righteous Judge, will award to me on that day—and not only to me, but also to all who have longed for his appearing.

Finally, if needed, here’s one more –

Heb 12:1 Therefore, since we are surrounded by such a great cloud of witnesses, let us throw off everything that hinders and the sin that so easily entangles, and let us run with perseverance the race marked out for us. 2 Let us fix our eyes on Jesus, the author and perfecter of our faith, who for the joy set before him endured the cross, scorning its shame, and sat down at the right hand of the throne of God. 3 Consider him who endured such opposition from sinful men, so that you will not grow weary and lose heart.

Yes – the “race” is the one to Heaven.
The race against evil – the race to Jesus.

There is no entry fee.
Sort of.
The weird part of this entry fee is that it’s harder, if not impossible, for rich people to pay –

Mt 19:16 Now a man came up to Jesus and asked, “Teacher, what good thing must I do to get eternal life ?”
Mt 19:17 “Why do you ask me about what is good?” Jesus replied. “There is only One who is good. If you want to enter life, obey the commandments.”
Mt 19:18 “Which ones?” the man inquired.
Jesus replied, “ ‘Do not murder, do not commit adultery, do not steal, do not give false testimony, 19 honor your father and mother,’ and ‘love your neighbor as yourself.’’”
Mt 19:20 “All these I have kept,” the young man said. “What do I still lack?”
Mt 19:21 Jesus answered, “If you want to be perfect, go, sell your possessions and give to the poor, and you will have treasure in heaven. Then come, follow me.”
Mt 19:22 When the young man heard this, he went away sad, because he had great wealth.
Mt 19:23 Then Jesus said to his disciples, “I tell you the truth, it is hard for a rich man to enter the kingdom of heaven. 24 Again I tell you, it is easier for a camel to go through the eye of a needle than for a rich man to enter the kingdom of God.”
Mt 19:25 When the disciples heard this, they were greatly astonished and asked, “Who then can be saved?”
Mt 19:26 Jesus looked at them and said, “With man this is impossible, but with God all things are possible.”

We need to understand, it’s not the money itself that Jesus was telling this man to get rid of.  No – it was the importance of the money to this man that kept him from being able to even want to follow Jesus.  So Jesus was telling him to do something about the desire – get rid of the “god” of money – the fact that this man loved the money more than he loved Jesus.  Had the man been focused on something else – maybe power – Jesus would have told him to do something to remove himself from that position of power.  But money is the most common thing that prevents us from following Jesus.

The man refused.  He kept the money and walked away from Jesus.

Not having so much money that it gets in the way, actually makes it easier to follow Jesus.  There’s not as much to lose – not as much to walk away from.  And so much more to gain.  Now, I’m not saying you should rejoice in being poor – or want to be poor – nothing like that.  All I’m saying is that money is one of the big things that keep people from following Jesus.

And for that reason, the race to “eternal retirement” with Jesus is a race that many rich people will not even enter.
They won’t even see the “race” for what it is, because they are too focused on the traditional “race to retirement”.

Even some of the rich who think they are in the race for “eternal retirement” – emphasis on the word think – will still focus on money.

Mk 12:41 Jesus sat down opposite the place where the offerings were put and watched the crowd putting their money into the temple treasury. Many rich people threw in large amounts. 42 But a poor widow came and put in two very small copper coins, worth only a fraction of a penny.
Mk 12:43 Calling his disciples to him, Jesus said, “I tell you the truth, this poor widow has put more into the treasury than all the others. 44 They all gave out of their wealth; but she, out of her poverty, put in everything—all she had to live on.”

Again, we see it’s not the amount of money.   It’s the thought behind the money.
The rich can put in more the offering in one week that a poor person makes in a year or more.
But it means nothing, if their heart is in the wrong place.

More than just lack of money

So far, we’ve been looking at money.  As I said, it’s the biggest issue with us following Jesus.

Lk 4:14 Jesus returned to Galilee in the power of the Spirit, and news about him spread through the whole countryside. 15 He taught in their synagogues, and everyone praised him.
Lk 4:16 He went to Nazareth, where he had been brought up, and on the Sabbath day he went into the synagogue, as was his custom. And he stood up to read. 17 The scroll of the prophet Isaiah was handed to him. Unrolling it, he found the place where it is written:
Lk 4:18 “The Spirit of the Lord is on me,
because he has anointed me
to preach good news to the poor.
He has sent me to proclaim freedom for the prisoners
and recovery of sight for the blind,
to release the oppressed,
Lk 4:19 to proclaim the year of the Lord’s favor.”
Lk 4:20 Then he rolled up the scroll, gave it back to the attendant and sat down. The eyes of everyone in the synagogue were fastened on him, 21 and he began by saying to them, “Today this scripture is fulfilled in your hearing.”

So we see – Jesus came to save more than just the poor.

Actually, He came to save everyone.

The problem for us is that the more we have here in this life – the less likely we are to even care about His message.

And there it is –

For where your treasure is, there your heart will be also.

If we have money, power, whatever – one of two things will likely happen –

If we don’t have money, power, whatever – one of two things will likely happen –

So – what are you pursuing?

And – what’s keeping you from running the good race?