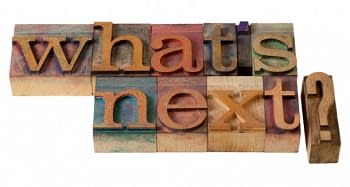 For as long as I can remember, I’ve thought my life would end when God’s done with me.  There were times when I was pretty sure He was – but apparently I was wrong.  Then it was time to ask – what’s next.

The previous versions of “about me” tell how I got to where I was up until a couple years ago.  After being threatened and then written up for something that didn’t happen – by someone I’d worked for over 30 years – it was obvious that I was going to be fired in an attempt by that person to save his own job.  I was praying – having a conversation with God – about how to save my job.  The clear answer was – “Don’t!  Leave! Don’t fight Me on this.  I have something better for you.”

That was three years ago.  I’m still waiting to find out what that next thing is.

Plenty of things happened along the way – things that I’m sure were to prepare me for what’s next.  You can read about them on the site.

The latest thing was surgery, earlier this week.  I just recently wrote something about a suggestion by someone that the world would be better off if people had no free will.  My comparison was to look at people as robots – no free will.  It’s called Would the world be better off if people were like robots? Ironically, I had robotic surgery.  Maybe that was in my mind, subconsciously – but it wasn’t something I actually thought about – putting the two of them together.
Anyway – the point is, being at home, recovering, and unable to do much of anything – I’ve had a lot of time to think, pray and sleep.

A passage came to me during this time –

The Calling of Levi

Mk 2:13 Once again Jesus went out beside the lake. A large crowd came to him, and he began to teach them. 14 As he walked along, he saw Levi son of Alphaeus sitting at the tax collector’s booth. “Follow me,”Jesus told him, and Levi got up and followed him.
Mk 2:15 While Jesus was having dinner at Levi’s house, many tax collectors and “sinners” were eating with him and his disciples, for there were many who followed him. 16 When the teachers of the law who were Pharisees saw him eating with the “sinners” and tax collectors, they asked his disciples: “Why does he eat with tax collectors and ‘sinners’?”
Mk 2:17 On hearing this, Jesus said to them, “It is not the healthy who need a doctor, but the sick. I have not come to call the righteous, but sinners.”

I was also reminded of something I’d told myself while going to college.  Something about how hard it was to learn even basic things.  I mentioned working for the same person for 30+ years.  I was at the same workplace for 36 years, working in the IT (information technology) field.  As the lead technology person, from the very beginning, I’d taken them from a Punch Card Mainframe (Google it, if you’re too young to know what it was) to Virtual Systems and Cloud Computing.  At the very beginning, it was nearly impossible to learn anything.  Those that had the knowledge would only talk to those who also had knowledge.  If you didn’t know anything – you weren’t worth talking to.  There was no internet.  Even the “Acoustic Coupler” (Google that as well, if needed) was rare – and our system didn’t support them.  Side note – my spell checker doesn’t even know “Coupler” is a word anymore.
It took a while, but I finally found one person who would give me a couple pointers to get started.  That’s all it took.  God blessed me with a good brain – a very good one – but a starting point was still out of reach, until just one person helped.
I told myself I would always remember that – how hard it was to get to know something when the starting point was knowing nothing.  And I promised myself I would never be like that – I would be sure to help others learn what I already knew.  As it turns out, with all I accomplished, seeing others grow from what I taught them was the most rewarding thing.  I worked at a university, but not as a faculty member.  I was staff – ending up with over 100 people reporting directly or indirectly to me.
Being at a university did “teach” me one thing though.  Something that also reminded me of the verses from “The calling of Levi” above.  For too many of the faculty, it wasn’t what I knew that mattered, but the letters after my name – you know, the PhD.  I didn’t have them.  I didn’t even have a Masters Degree – although that would have been looked down at, since it wasn’t the coveted PhD.

If you look at my writing over the past 9 years, it’s a wide range of things – some simple – others more complex – much somewhere in between.  The question was always where should I put my efforts?  Should I do the simple – when I could do the more complex?  I think the end result was that I didn’t do either all that well.

But now I have that passage – about the sick and the healthy.  I have the promise I made to myself – about always remembering how hard it was to get started.  And all the other stuff.  And I know where I need to go.

I need to go to the sick.  To the sinners.  To the average person.

The “healthy” – the ones with the degrees in religion  theology / whatever – they seem like they’d be too much like the faculty I’d worked with.  They knew more than me – because they had the right letters after their names, and I didn’t.  Even after they came to us for help, because they couldn’t make things work themselves – it was still made quite clear that we were their inferior.  I’m not saying that all faculty and everyone with a PhD. after their name is like this – but too many are.

They remind me of the ones – the teachers of the law who were Pharisees – who questioned Jesus about his choice of dining company.
They remind me of Jesus’ answer –  It is not the healthy who need a doctor, but the sick. I have not come to call the righteous, but sinners.
Because, you see, Jesus wasn’t telling His questioners – the “experts” – the ones with the “right letters after their names” – that they were healthy and righteous, and therefore He didn’t come for them.  Not even close!
No, Jesus was telling them that they were sick, but refused to acknowledge it.
Jesus was telling them that were were self-righteous, not realizing how far from God’s righteousness they really were.
Jesus was telling them that He didn’t come for them – because He knew that they were already rejecting Him.

And so that’s where I feel my “what’s next” thing will be.  With those who are most likely to want what I have to offer.

And so, my goal will be to bring the complex to a level where it can be more understood – removing the words reserved for only those that already know what they mean.  Explaining the context, where others pulls out a single verse of two – to really understand what was going on.  To look at the history and culture of the time – relating to it the world we live in today – so we can look at apples to apples, rather than organic apples to genetically modified fruit that looks like an apple, but isn’t truly what God created to be an apple.

You see, we all need what Jesus came to offer us.  But the “wise” who think they have it all figured out – they will reject Jesus – will change what Jesus said to meet their view of their religion – and on and on and on.

But those of us who know we need what Jesus came to offer – who know we don’t know everything, but need to learn a whole lot more – who are willing to point out differences between what The Bible really says versus what various translations say versus what some religions / denominations teach – that’s where I think my next thing will be.

And yes – I know I have a lot to learn.
In fact, one of the things I look forward to is an eternity (literally) of learning from the Creator.
Anyone who believes they know everything will likely miss out on that opportunity – as well as many other opportunities.
As Albert Einstein said –

“The more I learn, the more I realize how much I don’t know.”

So – I hope you join me on my journey.
On my Next Thing.
Which will be “TNT – The Next Thing.  Blowing up misconceptions from The Bible.”

The first installment will be on the passage at the top.

The Calling of Levi

Mk 2:13 Once again Jesus went out beside the lake. A large crowd came to him, and he began to teach them. 14 As he walked along, he saw Levi son of Alphaeus sitting at the tax collector’s booth. “Follow me,”Jesus told him, and Levi got up and followed him.
Mk 2:15 While Jesus was having dinner at Levi’s house, many tax collectors and “sinners” were eating with him and his disciples, for there were many who followed him. 16 When the teachers of the law who were Pharisees saw him eating with the “sinners” and tax collectors, they asked his disciples: “Why does he eat with tax collectors and ‘sinners’?”
Mk 2:17 On hearing this, Jesus said to them, “It is not the healthy who need a doctor, but the sick. I have not come to call the righteous, but sinners.”

For instance, did Jesus really say the “healthy” and the “sick”, as we read in the NIV translation I used, and which is the most popular version in the world today?  And, spoiler alert, since that wasn’t exactly what Jesus meant with the words He actually did use – what is “lost in the translation” that we read today?