“Young’s pretentious caricature of God as a heavy set, cushy, nonjudgmental, African American woman called ‘Papa’ (who resembles the New Agey Oprah Winfrey far more than the one true God revealed through the Lord Jesus Christ — Hebrews 1:1-3), and his depiction of the Holy Spirit as a frail Asian woman with the Hindu name, Sarayu, lends itself to a dangerous and false image of God and idolatry,” Joe Schimmel, a California pastor and host of the documentary “Hollywood’s War on God,” told Christian News Network this week. 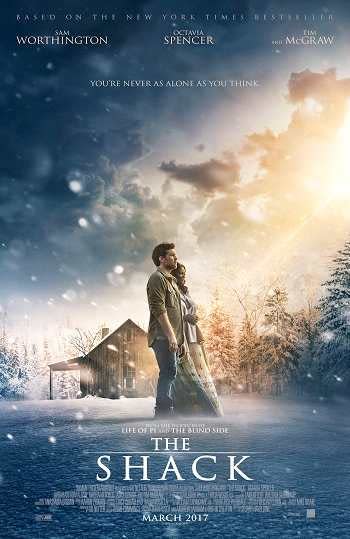 Just got home from seeing The Shack.  I read the words above in an article about The Shack before seeing the movie.  Now that I’ve seen it – I need to respond.

I can’t help but wonder if the Pastor took the time to actually see the movie before commenting.  The same is true for other quotes in the article from The Washington Post.

I feel like the pastor totally missed the point of what was going on in the movie.  I know he missed the part where it was explained why God was not the stereo-typical father figure that too many American Christians imagine Him to be.

After coming out of the theater, I told the person I was with that, to me, God would maybe show Himself as a dog.

Now – before some of you go off the deep end – think about C. S. Lewis and The Chronicles of Narnia.  And Aslan, the lion.  Was C. S. Lewis a heretic, presenting a false image of God and setting up idolatry?

In the movie – the “curvy black woman” told Mack (the man going through the scenes with the curvy black woman, the frail Asian woman, and a Middle Eastern, Jewish carpenter – After what you’ve been through I didn’t think you could handle a father right now.

Early in the movie, we learned exactly why Mack would have a problem with a father figure.

If you’ve read enough of my writings, you would know why I’d have a lot of trouble with a father, mother, brother, sister, or many other “people” figures.  Thinking of C. S. Lewis, that immediately made me think of Aslan – and that along those lines and with the explanation in The Shack – maybe God would choose to appear to me as a dog.  Who knows – maybe He already has – and still is.  For an explanation of that statement, I invite you to check out this series – Learning from dogs.

As far as other comments about race issues (because Papa is black), idol issues (because Sarayu is a “wispy Asian”) – all I can say is that folks either didn’t watch or didn’t learn from the movie.  At least no one that I saw had the nerve to complain about Jesus being a Middle Eastern, Jewish carpenter – since that’s exactly what He was – not the white man with the brown hair that we often see.

As Christians, we’re supposed to get beyond the “judgmental” people that we tend to be.  As Sophie said – for those Christians who make complaints like that – “So we are back to you being the judge again.”  (Or something similar to that.  It’s hard to take notes in the dark & be able to read them afterwards.)

One final observation, for this now at least.  The article says –

This depiction — God as a woman despite its gender-less designation in the Bible — has some critics incensed.

I wonder, have they read what Jesus says in the Gospels?
For just one example –

Mt 5:43 “You have heard that it was said, ‘Love your neighbor and hate your enemy.’ 44 But I tell you: Love your enemies and pray for those who persecute you, 45 that you may be sons of your Father in heaven. He causes his sun to rise on the evil and the good, and sends rain on the righteous and the unrighteous. 46 If you love those who love you, what reward will you get? Are not even the tax collectors doing that? 47 And if you greet only your brothers, what are you doing more than others? Do not even pagans do that? 48 Be perfect, therefore, as your heavenly Father is perfect.”

Beyond even the message from Jesus in this passage, did you catch the part about “sons of your Father in Heaven”?  That – is most definitely not gender-less.  Further, on top of that – Even Papa refers to God as “He”.

Papa is, as the movie says – God choosing to present Himself to this one man as a curvy black woman.

Should God choose to present Himself to me as one of the many judgmental Christians (which lets me our of looking in the mirror to have God represent Himself to me as me – got it?) I would be shocked.  No less shocking would be if He presented Himself to me as either a father or mother figure.  One thing I’m sure of though – whatever way He chooses – it will be the way I need it.  Not the way you, or anyone else needs Him to be – but the way I need Him to be.  That way, I can learn more about the truth of Who God is – which is certainly not an earthly father, mother, sister, brother, Etc.

Source: Why God is a curvy, black woman in ‘The Shack’ and some Christian critics say it’s ‘heresy’ – The Washington Post